Every year, video game publishers gather to showcase the biggest, best, and brightest games that we’ll play in the coming year and beyond. In 2018, Digital Trends saw a ton of hot new titles we’re excited to enjoy, and that we hope will change the way we see, think, and play games forever.

From a game that helps everyone make the transition from gamer to world builder, to a controller that will open doors and make it possible for more of us to play, we were wowed by developers’ capacity and eagerness to grow the gaming community.

We also saw and played cutting-edge titles that blew our minds with visual flair and fluid gameplay. Developers brought long-awaited and rumored franchises that fans are eagerly anticipating and started to make good on promises made years before. At the same time, though, we saw a few games that took us completely by surprise.

As is always the case at E3, the show is a snapshot of what could be. Many of the games will soon find their way to your console or PC, but others were only teased, and won’t appear for some time. In either case, we saw flashes of greatness.

These are the best new games and hardware from E3 2018. 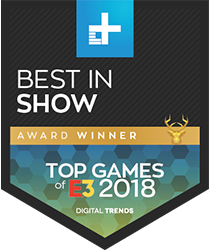 We have every reason to believe Cyberpunk 2077, the upcoming first-person action RPG from The Witcher series developer CD Projekt RED, will be among the most impressively realized video game worlds ever made.

Cyberpunk, both the game and the sci-fi sub-genre its named for, relies on a series of tropes — a corrupt world dominated by organized crime and giant corporations, a messy intermingling of technology and biology, and, of course, lots of cyborgs and robots. Many games have depicted this kind of world before and some, like Deus Ex, have done it very well. Cyberpunk 2077 sets it self apart, though, by expressing these ideas with every inch of each person, place, and thing you see.

And through the choices you make. The plan, we were told, is to make every choice your character makes in Cyberpunk, every dialogue option, every person you work with or stand up, a consequential action. One would assume that, to achieve this, CD Projekt RED would make a more linear game with fewer choices. In fact, Cyberpunk asks you make meaningful, life and death choices frequently, and keeping control of any given situation, even a simple conversation, requires preparation and strategy.

Oh, and did we mention the combat looks great? In true RPG form, your character, a cyborg mercenary named V, uses a blend of high-tech guns and abilities provided by customizable cybernetic enhancements. Your “spec” — V’s words — will change how you approach every situation.

While the game is far from complete and we can’t guarantee that every little feature we saw will make it into the final game, the small snippet of Cyberpunk 2077 makes us excited for the next generation of role-playing games. 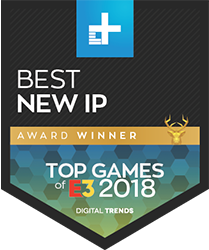 The influence Dark Souls has had on games is impossible to deny. FromSoftware’s dark fantasy titles have changed the way developers and players think about difficulty, storytelling, level design, and combat mechanics. Sekiro: Shadows Die Twice looks to be a fascinating evolution of FromSoftware’s mentality in Dark Souls, with the developer taking lessons from the successes of its past games and using them to expand on the ideas of others. For once, FromSoftware is taking influences from others to iterate and develop its own formula, instead of it being the other way around.

The game’s primary focus is on intense, one-on-one, sword-to-sword battles, drawing on the strongest and most intense moments of the Souls games. FromSoftware opens the game up, however, with traversal and stealth mechanics that require players to hone more skills than just dodge rolls and backstabs.

FromSoftware’s powerful influence throughout the gaming industry means a big step forward like Sekiro brings anticipation to see what a storied developer does with new ideas. Plus, it looks fun to sneak up on, take down, and duke it out with huge bosses. 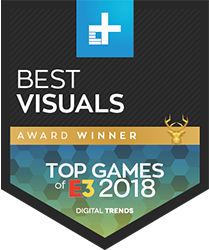 Beyond Good & Evil 2 has gradually made the transition from unrealistic fan hope, to vaporware, to a tech demo last year, and finally to something starting to resemble a real video game at this year’s E3. We still haven’t actually had hands on it, so how it plays is speculative, but we can say without a doubt that Beyond Good & Evil 2 looks stunning, and that Ubisoft Montpellier has created one of the most immediately inviting and exciting worlds we’ve seen for a video game in ages.

Last year’s demo wowed us with its scale, transitioning seamlessly from running around on foot to zooming around between planets. That tech looks even further refined now, but what really got us excited was all the texture and worldbuilding that’s starting to fill in the gaps of that impressively broad framework.

Ganesh City, with its hover cars, motley assortment of humans and human-animal hybrids, and soaring verticality, reminded us above all of The Fifth Element, which is still one of the most uniquely compelling visions of sci-fi put to film. BG&E2 is vibrant, fun, and colorful, but by equal measure feels gritty, grounded, and lived-in. When it seems like nearly every game set in the future these days is post-apocalyptic, Beyond Good & Evil 2 is serving up honest-to-goodness space opera, and we can’t wait to explore it.

Ubisoft wants your art in ‘Beyond Good & Evil 2,’ and it’s no marketing ploy 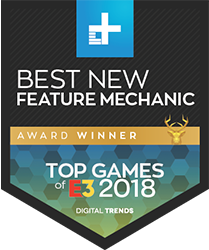 Media Molecule has put together a roster of interesting, intuitive tools to make game creation possible in Dreams, but the coolest of them isn’t for making games at all -- it’s for connecting creators to one another.

Dreams is three things in one. It’s a set of game creation tools, a platform for playing games others have created, and a social media network for creators to share their work with one another. The idea is that you can find whole games to play on Dreams, as well as search for pieces of games that other people have made, like animations, artwork or music, that you can use in your own creations. Meanwhile, if making stuff isn’t your bag, you can contribute to the community as a taste-maker, curating games or pieces of work you like into lists other people can use.

Connecting people to one another feels like it’s the beating heart that will make Dreams work. The game’s tools for creating your own music, animating your characters, or coding your physics are robust and intuitive, sure. The ability to instantly find people to work together with, though, is the element that breathes life into the whole endeavor.

Encouraging players to add to the community of creation, no matter what their skill level or talent might be, makes Dreams seem like a step forward for console games, and maybe even for socializing in the digital age. 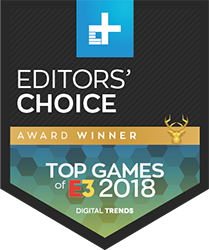 Game publishers like to talk up how they offer an enormous range of experiences to gamers of all stripes. In practice, however, the lion’s share of actual effort seems to go toward the relatively small, but vocal minority of “hardcore” gamers. This plays out in controllers. Designed for the mythical average person, they actually cater toward a narrow and specific skillset that many lifelong gamers take for granted, and gaining basic gamepad fluency can be a substantial barrier for many would-be gamers.

Enter the Xbox Adaptive Controller. Microsoft’s hardware team threw away all of its assumptions about what a video game controller is, and built a system for the ground up so that anyone with mobility restrictions can construct a bespoke input method for controlling games. They did fantastic due diligence by working with the accessibility community to take advantage of an immense body of inherited knowledge and best practices.

The Adaptive Controller doesn’t seem as immediately impressive as the standard Xbox One gamepad, which is an exaordinarily refined piece of industrial design, but the mindset that it represents runs directly counter to what we expect from a major player like Microsoft. Inclusive Design Lead Bryce Johnson told Digital Trends that even with the explicit knowledge that it would not sell at remotely the scale as standard controllers, Microsoft executives were quickly convinced it was an important project to support. Its existence gives us hope that gaming is slowly but surely moving towards a more meaningfully inclusive future.

Microsoft explains the past, present, and future of the Xbox Adaptive Controller