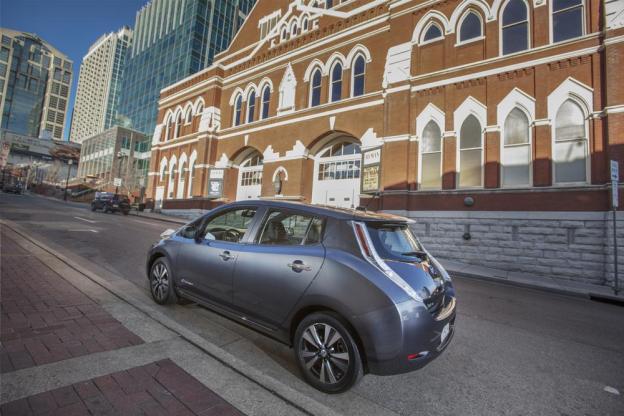 For the third year in a row the Nissan Leaf isn’t just one of the most efficient cars on the road, it’s also one of the safest.

The Leaf, which received a few updates for the 2013 model year, received a “Top Safety Pick” rating from the Insurance Institute for Highway Safety (IIHS).

The Leaf was a Top Safety Pick in 2011 and 2012, but the IIHS decided to retest the electric hatchback for 2013 because of some changes that might have affected its crash test results.

The most significant change is the location of the Leaf’s onboard charger, which was moved from between the rear wheel arches to under the hood with the car’s electric motor.

Regardless, the 2013 Leaf scored a “Good,” the highest possible rating, in the IIHS’ front, side, rollover, and rear crash tests.

The 2013 Leaf also comes standard with plenty of safety features.

Between the dual-stage supplemental front airbags with seatbelt sensors, side airbags, and front and rear passenger curtain side impact airbags, the Leaf has all angles covered. There are also Vehicle Dynamic Control (VDC) and Traction Control System (TCS) electronic aids to make avoiding a crash easier.

Other updates for 2013 include an optional 6.6-kWh fast charger, which can impart an 80 percent charge in four hours, and an updated version of Nissan’s CarWings telematics system that can increase brake regeneration on demand.

All Leaf models have a 107 horsepower electric motor and 24-kWh lithium-ion battery pack. The EPA rates it at 129 MPGe city and 102 MPGe highway, with a 75-mile range.