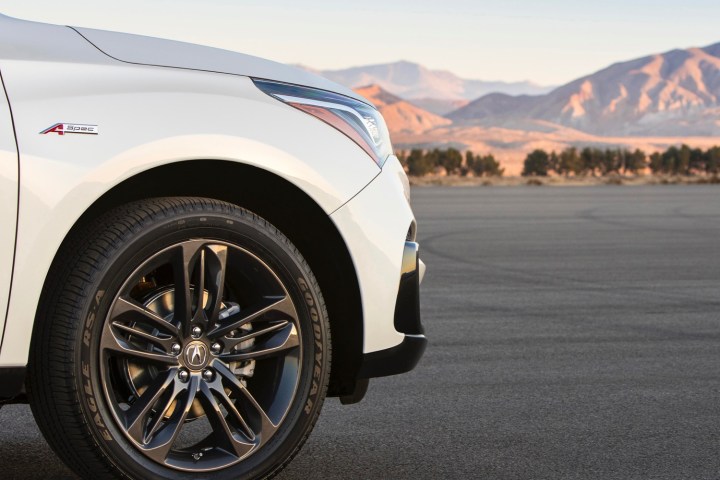 Following the unveiling of a close-to-finished “prototype” at the 2018 Detroit Auto Show, Acura is ready to pull the wraps off its third-generation RDX SUV. The production-spec 2019 Acura RDX will debut at the 2018 New York Auto Show March 28, and will go on sale later this year.

The RDX is Acura’s answer to small luxury crossovers like the Audi Q5, BMW X3, and Mercedes-Benz GLC-Class, and Acura hopes to imbue it with sportier driving dynamics than the competition. Acura’s Super Handling All-Wheel Drive system returns to the RDX for 2019, providing not only better traction but also, Acura claims, improved handling through torque vectoring.

Power will come courtesy of a 2.0-liter turbocharged four-cylinder engine, coupled to an eight-speed automatic transmission. Acura will release full specifications at the RDX’s New York unveiling. The RDX also gets an Integrated Dynamics System with four driving modes (Sport, Sport+, Comfort, and Snow) that adjust different vehicle parameters. Acura claims it’s “inspired” by the system from the NSX supercar.

Visually, the production 2019 RDX should stick pretty close to the prototype unveiled in Detroit. That means it will get the latest version of Acura’s trademark grille and “Jewel Eye” headlights, as seen on the TLX and RLX sedans, and MDX SUV. The 2019 RDX will also be the first Acura SUV offered with the A-Spec package although, as on the TLX, it will likely be cosmetic only, with no performance upgrades.

On the tech front, the 2019 RDX will get Acura’s True Touchpad interface, which uses a touchpad as the primary controller for the infotainment system. Rival Lexus has received significant criticism for its clunky touchpad controller, but Acura claims its system will be easy to use. The RDX prototype shown in Detroit featured a 10.2-inch display screen and head-up display; expect those features to carry over to the production model.

Acura may be a Japanese brand, but the 2019 RDX was developed in United States, and will be assembled here as well. Design work took place at Acura’s studio in Los Angeles, while engineering work was done in Raymond, Ohio. The RDX will be assembled at a plant in East Liberty, Ohio, while its engine will be manufactured in Anna, Ohio.