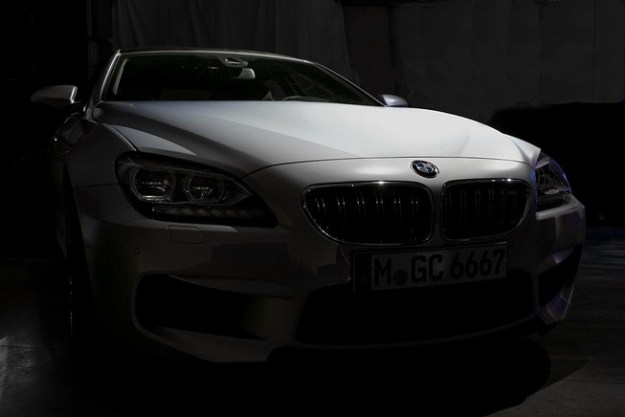 In the car industry, there are pleasant surprises and there are pleasant inevitabilities. It doesn’t take much imagination to picture BMW strapping the hardware from the M6 coupe and convertible to its new 6 Series Gran Coupe, and that’s exactly what the Bavarians have done. BMW is teasing its latest M model before it official debut at the Detroit Auto Show in January.

The M6 Gran Coupe will be a four-door version of the regular M6. That seems fairly straightforward, except that BMW already has one: the M5. The 5 Series and 6 Series share a platform, and everything under the skin of the M5 is duplicated in the M6.

However, the M6 Gran Coupe is a “four-door coupe,” a competitor to the Mercedes-Benz CLS63 AMG and Audi S7. These cars are all about style over substance; buyers choose them over regular sedans because of their good looks.

Except for a few dark teaser images from a private unveiling at the Nürburgring, BMW isn’t talking about specs. Luckily, we can make a few educated cases based on the Gran Coupe’s siblings.

Like the M6 coupe and convertible, the M6 Gran Coupe will probably get the 4.4-liter, twin-turbocharged V8 from the M5. That means 560 horsepower and 500 pound-feet of torque. In the regular M6, buyers have a choice of a six-speed manual or seven-speed dual-clutch automated manual transmission.

The M6 Gran Coupe will also be loaded with technology. It will most likely get the M5’s suite of driver aids, an “M” button on iDrive control system that automatically puts the steering, throttle, and suspension into their raciest settings, and a system that pipes exhaust noises through the car’s speakers for added aural enjoyment.

Visually, the M6 Gran Coupe appears to have the same tweaks that separate the M6 coupe and convertible from regular 6 Series models. That means a more aggressive front fascia, bigger wheels and tires, and a rear diffuser. We can’t tell if the Gran Coupe has a carbon fiber roof like the regular M6, though.

Pricing will not be announced until the M6 Gran Coupe’s Detroit debut, but expect it to command a significant premium over the non-M Gran Coupe.

More information, and better photos, will come in January when the M6 Gran Coupe is officially unveiled in the Motor City. The M6 Gran Coupe will go on sale in the fall of 2013 as a 2014 model.