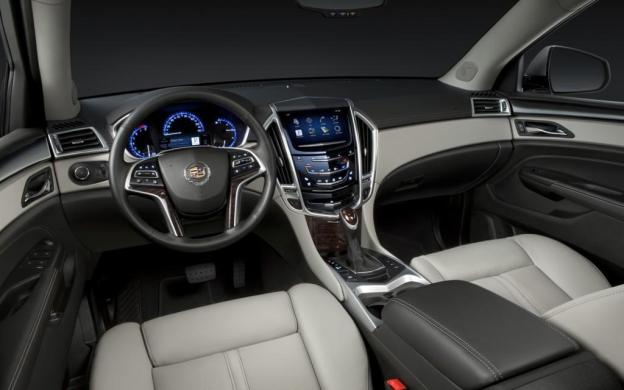 Cadillac User Experience (CUE) is the American luxury brand’s answer to the infotainment systems in its German and Japanese rivals but, considering its newness, it’s not surprising that CUE isn’t functioning perfectly. Cadillac will launch an update later this year to fix a few persistent problems, General Motors representatives told Wired.

CUE, which features a tablet-like touchscreen interface and 3D capability, looks slick, but customers say the capacitive “buttons” are too slow to respond to commands.

“We’re hearing about our haptics and the desire for quicker responses,” Jeff Massimilla, designer manager for CUE, told Wired. “And we’re making a modification that will be released sometime later this year.”

Massimilla didn’t go into detail, but the update will probably be limited to new software. Updates will first be offered for the XTS and ATS sedans; the SRX crossover is also available with CUE, but owners will presumably have to wait for their updates.

Ford fixed the problem by mailing owners flash drives with the new software. However, Cadillac says its dealers will do all of the work on its CUE update. Cadillac is a luxury brand, and says its customers expect dealers to handle this kind of thing.

Whether customers appreciate not having to insert a flash drive into a Cadillac’s dashboard or not, Ford’s example shows that software updates can’t always fix fundamental infotainment system problems.

CUE’s capacitive “buttons” vibrate when they’ve been pushed, and the screen allows for iPad-like gestures such as pinch-to-zoom, but it could still be difficult to operate all of this without looking away from the road. Like MyFord Touch, drivers/users can also control the system with voice commands.

Consequently, this will be a good test of whether GM has built a better infotainment system than Ford. Will increasing responsiveness fix CUE, or will it go the route of MyFord Touch 2.0? We’ll find out in a few months when Cadillac owners begin trickling into dealerships for the update.