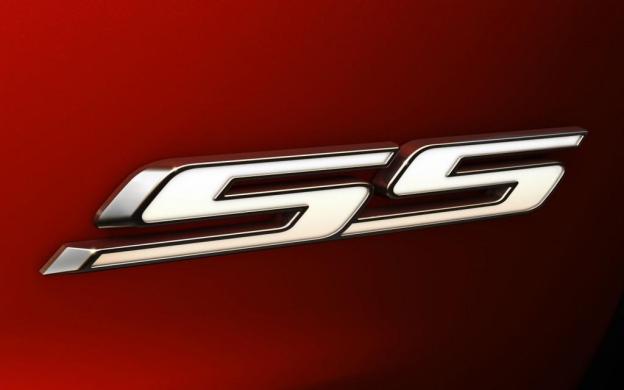 Before direct injection and electric motors, all that mattered was displacement. During the golden age of American performance cars, the 1960s, muscle cars with big V8s and rear-wheel drive ruled the streets. Chevrolet’s Super Sport, or SS, models, were among the best. Now, Chevy is hoping to bring back the glory days with a muscle car for the 21st century. A new rear-drive, V8-powered sedan, simply called SS, will debut next year.

The SS may be an all-American muscle car, but it will borrow its chassis from the Australian Holden Commodore. The current Commodore served as the basis for the Pontiac G8; a new version coming next year will be the basis for the SS. There is no subtlety under the hood, just a big V8. GM is not saying which of its many eight-cylinders the SS will use, but the 6.2-liter LS3 small block is a good bet. That engine was used in the G8 and is still used in the Camaro; both cars have Holden-derived platforms. In the Camaro, the LS3 makes up to 426 horsepower and 420 pound-feet of torque. Chevy might also use the new “Gen V” V8, which will have an aluminum block and direct injection.

What the SS will actually look like also remains a mystery. Chevy says the styling will resemble that of its new NASCAR racer, but since NASCAR does not mean “stock car” anymore, that isn’t much of a hint. The SS could have similar styling to the G8 and Chevy Caprice Police Pursuit Vehicle (pictured).

SS models are usually performance versions of regular cars, like BMW M or Mercedes AMG models. Not relating the SS to another model indicates that Chevy will position this car as a niche performance model; it won’t be stealing mainstream buyers from Chevy’s other big sedan, the Impala.

General Motors has been down this road many times. It’s Australian division, Holden, has always made old school muscle cars, so the temptation to bring a few to the United States has always existed. The 2004 reincarnation of the Pontiac GTO was based on the Holden Monaro. Pontiac’s 2008 G8 was also based on a Holden, the Commodore. Both cars received generally positive reviews, but unfortunately were sold as Pontiacs.

When Pontiac was discontinued as part of GM’s post-bankruptcy reorganization, it seemed logical that the G8 would live on as a Chevy. Instead, GM decided to important a long-wheelbase version as the Caprice PPV, and sell it to law enforcement only.

Despite changes in automotive technology, and old school muscle car could be a hit. The G8 was a pretty good car, but GM hardly had time to sell any before Pontiac folded. The SS could also cash in on the nostalgia many Americans have for ‘60s muscle. Chevy has tried to do that recently by using the SS name on everything from an SUV to the Camaro. Only a few of these cars have lived up to the SS name, and it looks like this new sedan will be one of them.