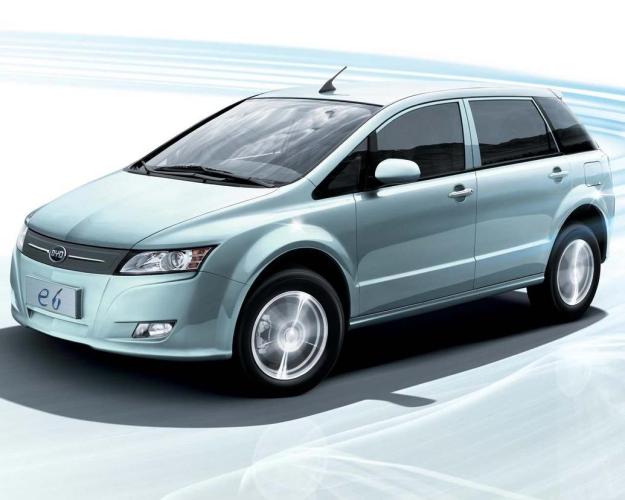 There’s a new electric vehicle coming to the United States, but most people won’t be able to drive it.

BYD (Build Your Dreams), the Chinese company that is already trying to manufacture and sell electric buses in the U.S., plans to bring its electric e6 across the Pacific. However, the EV will only be available to fleet buyers.

Last year, BYD announced plans to supply Hertz with a fleet of the EVs, but it is now expanding its plans to include taxi drivers.

The e6 will continue to be built in China, but modifications necessary to comply with American regulations will be made at a plant in the Los Angeles area, near BYD’s North American headquarters.

BYD previously stated that it would not sell the e6 to private customers in the United States because the lack of a comprehensive charging infrastructure made success questionable.

Selling the e6 exclusively to taxi or rental fleets would also dovetail nicely with the company’s bus sales plan, since it would keep BYD firmly in the commercial vehicle realm.

American buyers probably won’t be missing anything, anyway. The e6 is a midsize hatchback with unimaginative styling, and it’s hard to trust a new carmaker when it comes to build quality.

A 75-kilowatt electric motor gives the e6 a top speed of 87 mph.

Interestingly, the 2012 e6 is already listed on the EPA’s fueleconomy.gov mpg ratings website. The official ratings are 60 MPGe city, 64 MPGe highway, and 62 MPGe combined, putting the Chinese car at the bottom of the EV efficiency rankings.

However, the e6’s 122-mile range is impressive, topping everything short of a Tesla Model S.

When it enters taxi service, the e6’s top competitor will probably be the Nissan Leaf, which has already started taxi pilot programs in New York and Zurich.

BYD is an unknown quantity in the United States, but with Tesla, Detroit Electric, and the recently departed Coda already making a go of the EV market, that doesn’t seem to be as big of a deal as it is in the rest of the industry.

Then again, BYD still hasn’t followed through with its plans to collaborate with Hertz, or to sell electric buses, so the e6 electric taxi may not happen at all.

Do you think the BYD e6 would make a good taxi? Tell us in the comments.

Topics
2024 Polestar 2 gets a major overhaul for the 2024 model year
Beware of this EV with pitiful charging speed — and others like it
Watch Hyundai’s Ioniq 5 EV perform a crab walk
VinFast’s new electric cars will be available in the U.S. this year
What is a Tesla Supercharger?
Rivian adds Snow Mode through software update just in time for winter
Tesla used car market no longer as lucrative, data shows
What to expect at CES 2023, from mondo TVs to EVs
Kia EV6 GT first-drive review: putting a little more fun into EVs
How to charge your electric car at home
2023 Tesla Roadster: release date, specs, rumors, and news
VW previews its next electric car in trippy camouflaged form
Chrysler Synthesis demonstrator brings more screens and software to vehicle cockpits