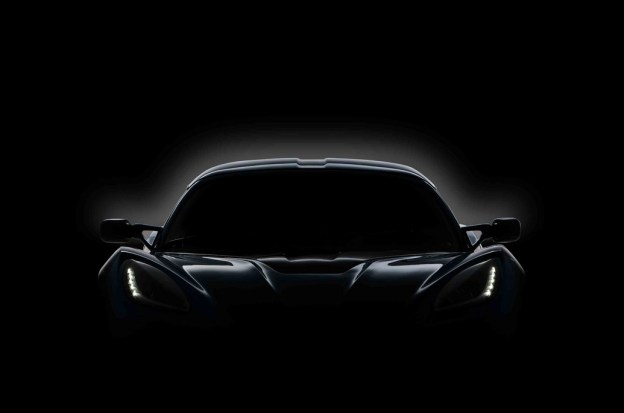 Cars like the Nissan Leaf and Tesla Model S may seem like they’re on the bleeding edge of automotive tech, but the electric car is nothing new. At the dawn of the automobile age, there were actually a few companies building EVs.

With renewed interest and decades of technological advances, it’s not surprising that one of those companies is returning from the dead to get a piece of the action.

Detroit Electric was founded in 1907 and primarily made electric cars that were shaped like phone booths (photo below), steered with tillers, and were powered by heavy lead-acid batteries. Despite these shortcoming, the cars were prized for their quiet operation and ease of use, compared to the labor-intensive gasoline cars of the time. Since there were few paved roads, range anxiety probably wasn’t an issue.

Of course, internal combustion eventually won out, and Detroit Electric went bust in 1939, having built about 13,000 cars. It was revived in 2008 by Albert Lam, former Group CEO of the Lotus Engineering Group, the consulting arm of Lotus Cars, whose English division Lam also headed as Executive Director.

After laying dormant for seven years, Detroit Electric announced that it will show a new EV at the Shanghai Auto Show in April.

For now, Detroit Electric is only saying that its first car in over 70 years will be a “limited-edition two-seat sports car.” The company’s teaser image shows more than a few Corvette styling cues.

Detroit Electric will partner with a major automaker to manufacture the car, so a tie-in with General Motors is possible.

Working with GM would certainly be convenient; the revived Detroit Electric will be headquartered in its namesake city’s iconic Fisher Building, and plans to manufacture the sports car in Michigan. It’s making a revival of Detroit its cause celebre.

“We are committed to doing our part for this great revival of Detroit through innovation, entrepreneurship and determination – what we like to call ‘Detroit 2.0’,” Detroit Electric CEO Don Graunstadt said in a statement.

If all goes well, Detroit Electric plans to launch two more “high performance models” by the end of 2014. That’s pretty gutsy considering that fellow green car startups Fisker and Coda have barely been able to produce one car model each.

Will the all-American electric sports car make it, or should Detroit Electric stay dead? Tell us in the comments.

Topics
How to use a Tesla Supercharger: a complete guide
Tesla invests billions in U.S. gigafactory to boost Semi production
2024 Polestar 2 gets a major overhaul for the 2024 model year
Beware of this EV with pitiful charging speed — and others like it
Rivian adds Snow Mode through software update just in time for winter
Tesla used car market no longer as lucrative, data shows
What to expect at CES 2023, from mondo TVs to EVs
Kia EV6 GT first-drive review: putting a little more fun into EVs
How to charge your electric car at home
2023 Tesla Roadster: release date, specs, rumors, and news
VW previews its next electric car in trippy camouflaged form
Chrysler Synthesis demonstrator brings more screens and software to vehicle cockpits
Tesla Model X vs. Tesla Model Y: Range, speed, price, and other specs compared