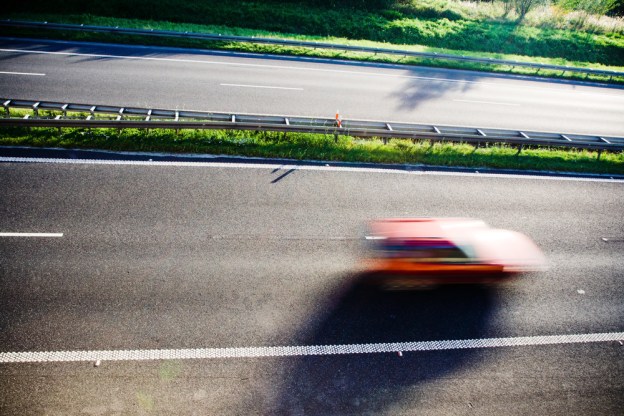 If you’re a car owner, it’s fair to say you expect certain simple things with your driving experience. You expect your engine to start when you turn the ignition key, even on the coldest of mornings; you expect the wheels to turn when you step on the gas; but above all else, you expect the vehicle to slow down when you apply pressure to the brake pedal.

Unfortunately for Frenchman Frank Lecerf, when he pressed the brake pedal of his Renault Laguna recently, the car sped up, leaving him hurtling along a highway at 125mph (200km/h) wondering what on earth he was going to do.

The poor guy had only intended to pop to his local supermarket to pick up a few groceries, but ended up careering along nearly 125 miles of French highway, crossing the border into Belgium and ploughing into a ditch when he finally ran out of gas.

Early on in his ordeal, Lecerf was smart enough to take one of his hands off the wheel for a moment to call the police to explain his predicament. They responded by sending out a convoy of cop cars to escort him on his terrifying journey into the unknown.

At first, the car, which had been specially adapted for disabled drivers, reportedly jammed at 60mph. But each time Lecerf tried to brake, the vehicle’s speed increased, until finally hitting 125mph.

Motorists on the highway were forced to swerve out of the path of the speeding convoy, while three toll stations along the way were ordered to raise their barriers in readiness for Lecerf’s fleeting visit.

Around an hour after the harrowing ordeal began, with the car’s gas tank almost dry and Lecerf no longer in the same country where the nightmare began, the exhausted driver steered his car into a ditch in Alveringem, Belgium. Lecerf was unhurt, though reportedly suffered two epileptic seizures, presumably shortly after the incident.

“My life flashed before me,” 36-year-old Lecerf told French newspaper Le Courrier Picard, adding, not surprisingly, “I just wanted it to stop.”

While the Frenchman’s lawyer has already said he’s planning to file a legal complaint over “endangerment of a person’s life”, car maker Renault has stated it’s waiting for the results of an investigation into the incident.