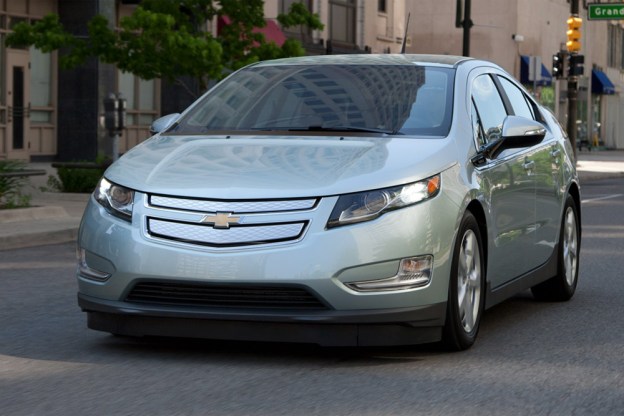 The Volt is technically a plug-in hybrid, because it has an onboard gasoline engine. However, the engine is only used to power the wheels under very limited circumstances. Most of the time, it is used to recharge the Volt’s batteries.

When it launched in late 2010, the Volt seemed the like the perfect compromise between zero-emission electric motoring and flexible gasoline power. However, sales numbers were disappointing.

Regardless, Reuss said GM “couldn’t be happier… with the Volt.” He believes the current Volt, and a second-generation model that will reportedly be a big improvement over the original, represents a first step toward an electric car (or presumably, a plug-in hybrid) that can rival the average gasoline car’s performance and price.

“We’ll see the day when we have an affordable electric car that offers 300 miles of range with all the comfort and utility of a conventional vehicle. We’re talking about a transformation here. And transformation takes time.”

The “affordable” part of that vision is what might take the most time. There is an electric car with a (nearly) 300-mile range, but it’s not made by GM. With the biggest, 85-kWh battery pack, the Tesla Model S has 265 miles of range, and its five-door hatchback body is very utilitarian. However, that Model S costs $79,900.

For the time being, GM’s confidence in electricity is also being expressed in a premium product. The Cadillac ELR uses the Volt’s powertrain, but Cadillac levels of luxury will probably add a significant amount to the sticker price. The ELR will be built alongside the Volt and the European Opel/Vauxhall Ampera at GM’s Detroit-Hamtramck assembly plant, and economies of scale could eventually lower the price of the cars’ powertrains.