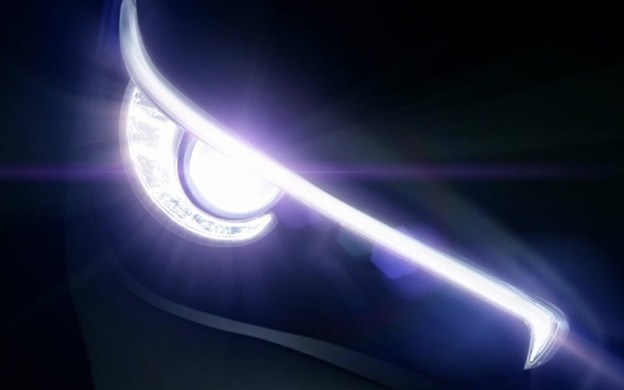 Infiniti has given the new luxury sedan it plans to unveil at the Detroit Auto Show a name. Called Q50, the new Infiniti will be the first car unveiled under the brand’s streamlined naming scheme. It will be revealed in the Motor City on January 14.

Beginning with the 2014 model year, all Infiniti models will be assigned an alphanumeric code beginning with “Q.” The Q50 will replace the current G sedan, with a Q60 replacing the G coupe and convertible down the line.

That won’t be the case with the Q50; the current G is a relatively small car, so it wouldn’t make sense to equip it with a 5.0-liter engine, nor do any reports suggest that an engine the size of a Ford Mustang GT’s is in the works.

Instead, Infiniti is downsizing its engines. While explaining the name changes, Infiniti president Johan de Nysschen announced a new flagship sedan with a 550+ horsepower 3.0-liter V6. That’s a big step up in power, but also a big step down in displacement, from the aforementioned V8 in the M56. That engine produces 420 hp.

According to the Q-based naming scheme, the M56’s replacement will be called Q70. It seems likely that the Q70 will get the new 3.0-liter, or it may be reserved for an even larger range-topper. Either way, the Q50 could also lose some displacement compared to the current G37.

In addition to being the first new “Q” car, the Q50 is expected to be the first product of cross-pollination between Infiniti’s parent, Nissan, and Mercedes-Benz. Reports say Nissan’s venerable VQ V6 will be trashed for a Mercedes engine.

The Q50 could also be the first car to feature Infiniti’s “steer-by-wire” system, which uses a computer-controlled steering rack and sensors, eliminating the physical connection between the steering wheel and the road.

With so much newness crammed into one four-door chassis, the Q50 should be a very important car for Infiniti. We’ll see if the brand’s makeover was a success in the coming weeks.