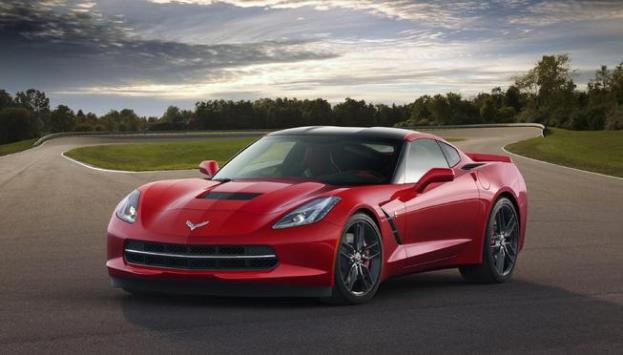 Chevrolet has announced the official power output for the 2014 Corvette Stingray’s 6.2-liter V8. With 460 horsepower and 465 pound-feet of torque, Chevy says the Stingray is the most powerful standard Corvette ever.

Those numbers come with an asterisk though: they only apply to cars with the optional performance exhaust system. The standard system subtracts five horses and five pound-feet, for 455 hp and 460 lb-ft.

Since the 2014 Corvette was unveiled at the Detroit Auto Show back in January, Chevy has been calling it the most powerful standard ‘Vette ever; these output figures just confirm that.

The final numbers are slightly more optimistic than the estimates Chevy gave in Detroit, whether the Bow Tie Brigade said the 6.2-liter LT1 V8 would produce 450 hp and 450 pound-feet.

All of those ponies should accelerate the Stingray to 60 mph in less than four seconds. Chevy hasn’t disclosed its top speed.

The redesigned Corvette engine is also more fuel efficient than last year. Chevy expects it to get more than 26 mpg, thanks to fuel-saving technologies like direct injection and Active Fuel Management, which shuts off four cylinders under light loads.