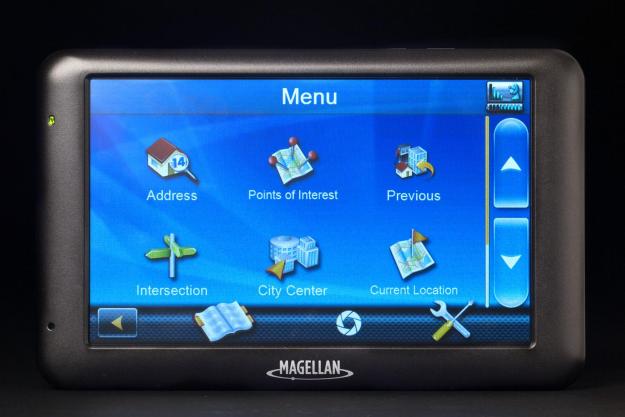 “To keep its portable navigation devices relevant, Magellan has added a new twist to its RoadMate 6230-LM--a built-in dashcam. It won't help you find your way home, but it may help you prove the next fender bender wasn't your fault.”

Exploring new routes to keep its portable navigation devices relevant in a world of smartphones and free maps, Magellan has added a new twist to its RoadMate 6230-LM: a built-in dashcam. It won’t help you find your way home, but it may help you prove the next fender bender wasn’t your fault.

The $230 device has most of the features we’ve come to expect from standalone models. The 5-inch touch screen displays maps concisely (free updates for life covering Canada, U.S., and Puerto Rico), including points of interest, 3-D lane instructions at complex intersections, and landmarks. It will also use landmarks in spoken instructions, which can make it easier to follow directions. Additional information includes speed limit warnings, parking garage locations, and PhantomAlert warnings about red light and speed camera locations.

The forward-facing camera operates like a DVR, recording video in 720p (rather than full HD at 1080p). Storage is provided via a 4GB microSD card, which holds roughly 40 minutes of video. You can add more recording time by popping in your own card, up to 32GB. The camera starts recording automatically when you power up the RoadMate and overwrites older files in 5 minute increments when it runs out of space. Any recordings triggered by a sensor that measures G forces are automatically locked, however; should you be involved in an accident the file will not be deleted.

Downloading and Driving With RoadMate

The bar for online support for any device these days is relatively high. Unfortunately, Magellan’s online support software for registering and updating maps and software is in serious need of renovation. It’s balky and confusing. Rather than just telling you your software is up to date, for example, the program lists some (but not all) available versions and then grays out the update button, rather than providing clear instructions that you don’t need to download or update any software.

Fortunately, where it counts — on the highway — the RoadMate is a helpful companion, with clear instructions and quick performance. Over about 400 miles of traveling, it didn’t steer us wrong, with up-to-date maps and clear, timely directions. The only item it missed was a hotel and water park that had been open for only two weeks (even Google Maps missed that one). We found speed limit warnings particularly helpful.

The device does offer red-light and speed-camera warnings, which were reasonably accurate. It missed one hidden camera we were aware of, but it was a mobile model that can truly only be caught using a radar detector. Traffic alerts were helpful, as well, matching several live warnings also displayed by programs like Waze.

On the dashcam side, we discovered one disadvantage to using an all-in-one device: visibility. Depending on your vehicle’s windshield and the time of day, it can be tricky finding a position where both the navigation screen is glare-free and the camera has an unobstructed view out the front; the oversized mounting bracket doesn’t help. In some of our tests, for example, the nav screen had to be angled slightly to avoid glare on the display, meaning that the camera swallowed up a sizable chunk of the dashboard within its purview.

The other issue with video recordings is that they can only be played off the RoadMate’s microSD card using Magellan’s software, which does not support Macs at the moment (it’s Windows only). You can’t simply plug the device into a laptop, for example, and download the files. You must use the 4GB microSD card and software from Magellan to play the files or transfer them to your computer as AVI files.

On the other hand, the 720p HD videos were clear enough to read the license plates off vehicles in front of us (although 1020p support would be better). Should one desire, country road recordings are clean enough to post as YouTube travelogues (albeit mundane ones). And whenever there was a severe bump, the automatic g-shock sensor dutifully recorded the event, although thankfully the worst we encountered were some rim-threatening potholes.

If you’re driving an older vehicle without a built-in nav system, the RoadMate 6230-LM is a good upgrade option. Smartphone-based directions can be fine, particularly the Waze app, but having a dedicated device on the dash is more reliable when cell phone connections are sparse. The dashcam is also a nice addition, offering a measure of reassurance in heavy traffic that competing models can’t offer. It also helps reduce the number of dangling cables over the center stack. (Now if they’d just build a radar detector into it, we’d be all set.)

One final consideration is that the RoadMate 6230-LM is compatible with Magellan’s $150 wireless backup cameras. If you don’t have one already installed, we highly recommend it to prevent backover accidents, which injure hundreds of children in the U.S. every year, according to safety advocates at Kids and Cars.