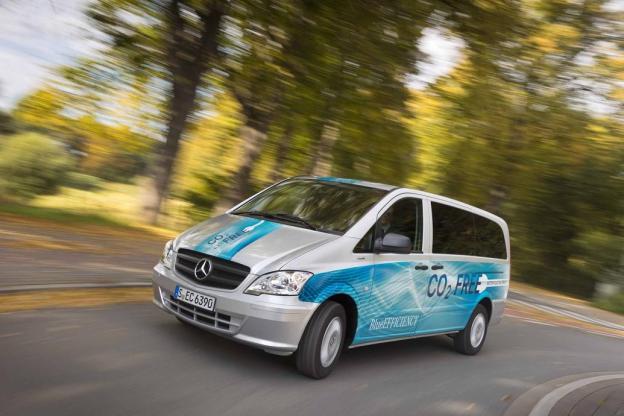 If you’re in the market for an electric van, you can cross Mercedes-Benz off your list. The company that brought you the SLS AMG Electric Drive has put its commercial EV program on the shelf.

Volker Mornhinweg, head of Mercedes’ van division, told Car and Driver that Mercedes pulled the plug on the program because there wasn’t enough demand for zero-emission delivery vehicles. The project is currently in “hibernation mode.”

As many other carmakers have done with their EVs, Mercedes decided to test the market by putting a small batch of Vito E-Cell vans on sale, targeting fleet buyers in Germany, England, and other European countries.

The market spoke, and it wasn’t interested. Mercedes only managed to shift a few hundred Vito E-Cells.

The Vito E-Cell is based on the midsize Vito van Mercedes already sells overseas. Available as either a cargo van or a seven-passenger wagon, it has a range of 80 miles, a top speed of 50 mph, and a 1,873 pound payload.

With the electric van project mothballed, Mercedes will turn to more conventional methods to improve its vans’ efficiency. New versions of the Vito and the smaller Citan (based on the Renault Kangoo) will feature clean diesel engine, engine start-stop systems, and lightweight construction.

With Mercedes out of the running, the only electric vans currently in production are the Citroën Berlingo Electrique and Renault Kangoo Z.E. twins. Nissan has shown an electric version of its NV200 van, called e-NV200, as a concept, but hasn’t put it into production.

Does the world need more electric vans? Tell us in the comments.