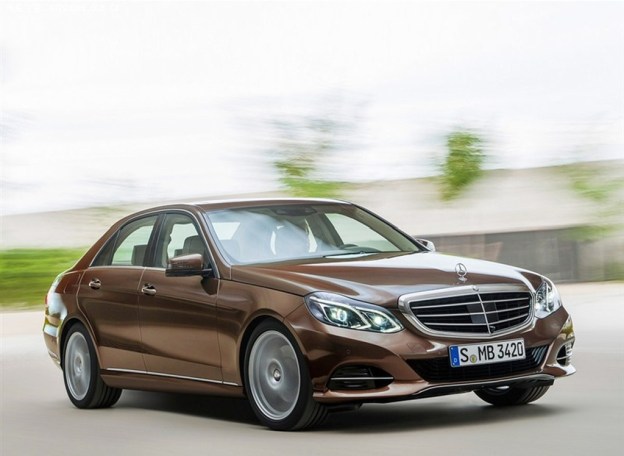 Even if cars never become fully autonomous, they probably will become persistent backseat drivers. In addition to lane departure warning and automatic braking systems already in production, Mercedes-Benz is launching a new piece of safety tech that warns drivers who are going the wrong way.

Mercedes says accidents involving drivers going against the flow of traffic killed 25 people in Germany in just the past three months, so the company feels there is a genuine need for this safety system.

The wrong-way warning system is based on Mercedes’ traffic sign recognition tech, which can read signs and alert drivers to speed limit changes. A camera mounted on the inside of the windshield reads “Do Not Enter” signs and alerts the driver if he or she is heading the wrong way up a one way street, or trying to drive up a highway exit ramp.

One drawback is that, like the human eye, the windshield-mounted camera can’t see as well in inclement weather, so heavy snow or rain could prevent it from reading signs.

Mercedes will launch the wrong-way warning system as part of an “Intelligent Drive” package on the 2014 S-Class and E-Class sedans. So far, it will only be available in Germany, although Mercedes says it is working on versions of wrong-way warning for other countries.

The wrong way warning system joins a suite of safety systems that provide backups to the driver’s own senses. Mercedes’ Blind Spot Assist and Lane Keep Assist prevent the driver from moving into an occupied lane and straying from his or her lane, respectively. Collision Prevention Assist with Adaptive Braking Assist scans the road ahead for obstacles and manages the braking if a crash becomes imminent.

With so many warning systems, a new Mercedes could potentially be more observant than a distracted human driver, and hopefully that won’t cause complacency. A Mercedes may be able to read road signs, but it can’t drive itself, yet.