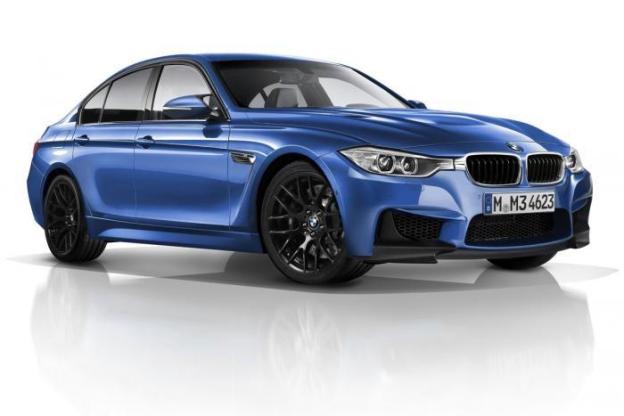 One of most hotly anticipated cars on the horizon is the redesigned BMW M3, and it looks like it will be worth the wait.

According to Auto Express, which snagged a handful of photos of the new M3, the high-performance 3 Series will be lighter, more powerful and, of course, faster.

The current M3’s 4.0-liter V8 will be replaced by a 3.0-liter, twin-turbocharged inline-six, producing around 450 horsepower. That’s at least 36 hp more than the V8 M3, despite the loss of 1.0 liter of displacement and two cylinders.

The six-cylinder also marks a return to form for the M3. The E46-generation car that preceded the current E90/E92 was known for its silky straight six, although that engine was not turbocharged.

The new engine will also be exclusive to the M3, unlike the twin-turbocharged 4.4-liter V8 from the M5 and M6, which does duty in some non-M models.

BMW’s M DCT dual clutch transmission will probably be attached to the new engine, and the company will reportedly offer a manual as well.

For a truly best-of-both-worlds scenario, BMW will make the M3 lighter in addition to boosting power. The new car will weigh around 220 pounds less than the one it’s replacing, thanks to the extensive use of lightweight materials.

The current M3’s carbon fiber roof will return, but the material will also reportedly be used for the hood and trunk lid. The front fenders will be made of composites.

All of those improvements will make the new M3 significantly faster. It’s expected to do 0 to 62 mph (0 to 100 kph) in 4.3 seconds, a few tenths faster than the current M3. Top speed will still be electronically limited to 155 mph, but take the limiter off, and the new M3 will do 180 mph.

There’s even more new hardware to keep the M3 pointing in the right direction in the corners, including a limited-slip differential and hydraulic power steering. BMW has been phasing out hydraulic steering in favor of more efficient electric systems, but customer complaints over lack of steering feel have apparently convinced the Bavarian brigade to reverse its own trend.

All of that go-fast gear is wrapped in a more aggressive version of the 3 Series’ bodywork. The flared front air intakes, bigger wheels, side vents, and quad exhaust outlets give should be street racers fair warning.

The redesigned M3 is expected to debut later this year, and go on sale next summer. Coupe and convertible versions, badged as M4s but mechanically identical to the sedan, should go on sale following the introduction of the base 4 Series Coupe and Convertible.

With more power, sharper steering, and less weight, all in a practical sedan body, the new M3 promises to be everything we love about the current car, and more.