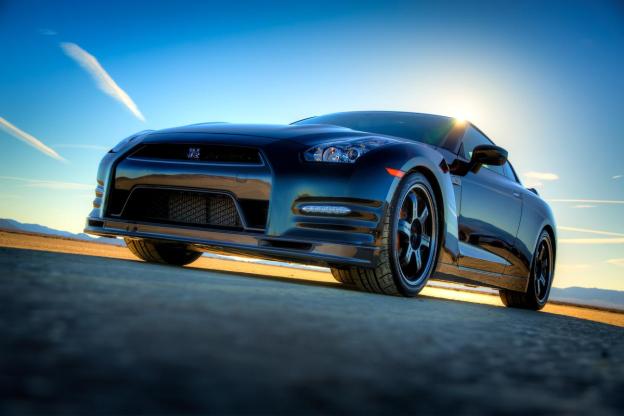 The GT-R was already a near-perfect combination of everyday usability and supercar performance, but the Japanese carmaker decided to up the ante with the sharpened Track Edition model. Now, rumor has it that Nissan is working on an even more hardcore GT-R.

Nismo, Nissan’s performance skunkworks, is working on its own version of the car, already known as “Godzilla.” Nissan executive vice president Andy Palmer told Autocar that it will be the “fastest GT-R ever.”

Exactly how that will be accomplished is unknown, but the Nismo GT-R was reportedly designed with input from Nissan’s factory racing team, which runs highly modified GT-Rs in the Japanese Super GT racing series.

“The majority of the exterior changes are aero and downforce related,” said Palmer. “The production car record at the Nurburgring is the gold standard, and we expect to lower that.”

When the current R35 GT-R launched in 2008, its stated goal was beating the Porsche 911 Turbo’s Nurburgring lap time. Now that a new 911 Turbo is on the way, and other cars have crowded the GT-R’s space, it does seem like the right time for Godzilla to return to Germany and show everyone who’s boss.

Still, looking at the stock GT-R, it’s hard to imagine any room for improvement.

Nismo may sound like Nissan’s equivalent to Mercedes-Benz AMG or Ford SVT, but so far it hasn’t been as aggressive with its plans. Its only two cars to date are the mildly-tuned Juke Nismo, and the 370Z Nismo, which gets a bump in power (just 350 hp versus 332), and some upgraded hardware.

If Palmer has his way, though, the GT-R Nismo will be a completely different beast. It will debut at the Tokyo Motor Show this November, and will begin stalking racetracks worldwide shortly after that.

Mercedes-Benz GLC-Class takes a subtle approach to tech
The all-electric BMW i7 is a home theater on wheels
Jeep built a monster electric prototype to show what EVs can really do off-road
2022 Volvo C40 Recharge first drive review: EV fashion statement
Jeep is launching its first two electric SUVs in the U.S. in 2024
2024 Chevrolet Equinox EV aims for affordability with $30,000 base price
Cruise’s robot taxis head to Arizona and Texas
Uber says it’s investigating ‘cybersecurity incident’
Nvidia’s Drive Concierge will fill your car with screens
The Uber hack is an outrageous tale of a teen hacking for fun
Tesla to fix window software on 1M of its U.S. cars
Lux and refreshingly livable, Mercedes’ EQE moves EVs mainstream
How to watch Tesla’s AI Day tonight and what to expect