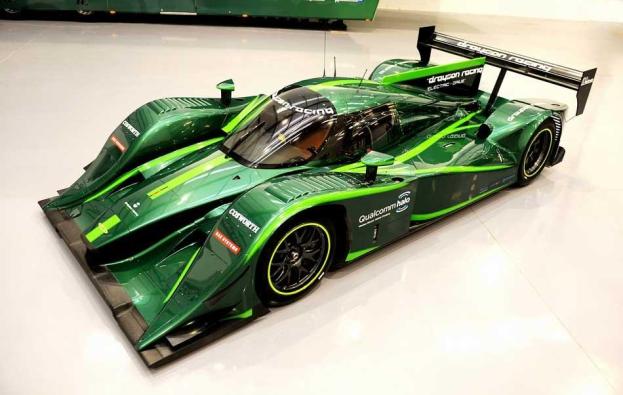 Drayson Racing is putting its electric Le Mans prototype car to the test with a world speed record attempt.

Emphasis on a world record: If it succeeds, Drayson’s B12 69/EV will not be the fastest electric car in the world period, but it will still be pretty darn fast.

The British green technology firm hopes to set the world land speed record for an EV in the sub-1,000 kilogram (2,200 pound) category.

The current record, set by the General Electric Battery Box way back in 1974, is 175 mph. The overall record of 307.58 mph was set by the Ohio State University-Venturi “Buckeye Bullet” in 2010.

Unlike the purpose-built Buckeye Bullet, the Drayson is designed for road course endurance races, such as the 24 Hours of Le Mans, which this class of car takes its name from.

The Drayson EV is based on a Lola chassis, and was originally powered by a bio-fuel Judd V10. That’s been replaced by four electric motors, with two powering each of the rear wheels, and a single-speed transmission.

Powering the motors is a 20-kWh battery pack, which is housed in a special cell that is part of the chassis. Total power output in land speed record-spec is 643 horsepower, which should get the Drayson-Lola going in a hurry. In an effort to increase downforce, Drayson also made a few aerodynamic modifications for the attempt.

Drayson Racing was founded by former British science minister Lord Paul Drayson and has been working on green racing projects since 2007. Besides bringing green tech to endurance racing and land speed records with the B12 69/EV, the company was also the first to join the Formula E Championship.

Drayson Racing’s record attempt will take place on an airfield in Yorkshire, England on June 25. It will be one of the quietest land speed record attempts in history.