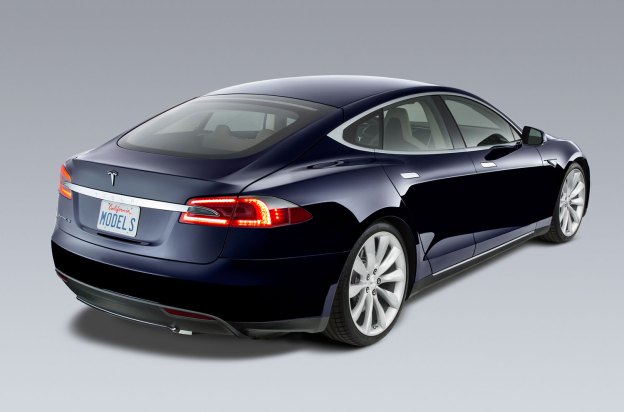 Other than range concerns, one of the things that makes consumers most anxious about electric cars is the durability and replacement cost of their spendy battery packs.

Rumor has it that Tesla Motors is working on a solution to that problem: modular battery packs that can be quickly and easily swapped out of a car. Tesla said it was working on this idea in a May 10 filing with the Securities & Exchange Commission.

On page 38, Tesla addressed consumer concerns that limit EVs’ appeal, including bad press from the 2011 Chevrolet Volt fires, and the concern that battery packs that aren’t properly charged will become unstable and need replacement.

Also on the list was Tesla’s “capability to rapidly swap out the Model S battery pack and the development of specialized public facilities to perform such swapping, which do not currently exist but which we plan to introduce in the near future (emphasis ours).”

How near that future is unclear, though. According to Green Car Reports, Tesla has been discussing a battery-swapping setup for the Model S since 2009, and discussed implementing the technology sometime in 2013 in an annual report filed in March.

Battery swapping is exactly what it sounds like: a depleted battery is switched out for a fully-charged one, just like a pair of AAs in a flashlight, but obviously on a much larger scale.

Under both the Tesla and Better Place schemes, drivers pull their cars into a bay where machines removed the battery pack from underneath a car’s floor and replace it with a new one.

Tesla owners could potentially pay for the service through their Model S’ touch screens, making the whole process fully automated. Unlike Better Place, they may also have to return for their cars’ original battery packs once they are charged up.

This system could not only curb range anxiety by eliminating long charging times, it could also make replacing the most expensive part of an electric car incredibly easy. Imagine removing the engine from a gasoline-powered car in a few minutes and you’ll get an idea of where this is going.

So far, though, battery swapping hasn’t worked out well for Better Place. The company only delivered 518 cars in 2012, with 100 reserved for internal use. Granted, Better Place is only operating in Israel.

Tesla seems to have the magic touch when it comes to electric cars, so we’re eager to see how it implements rapid battery swapping, whenever that happens.