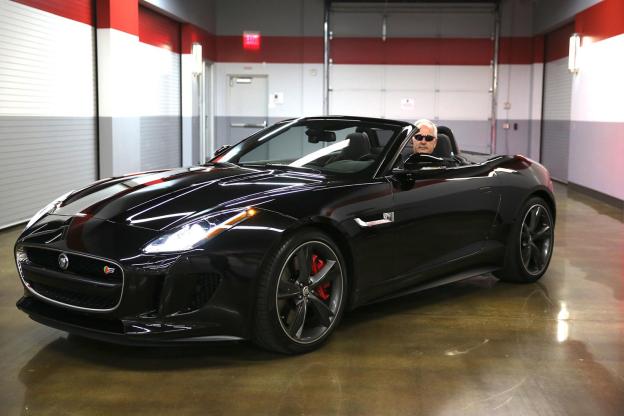 My wife and I had been in the market for a new car, and the search brought us all over the map. We actually started with a Smart Car, which was inexpensive but otherwise didn’t seem all that smart. We moved on to a Mini, which was pretty quick and fun, but it just wasn’t for us. Then we tried Ford’s Mustang halo, the GT500 and, while it was a ton of fun, the horrid mileage, tiny tank, and poorly designed dash and console felt like it had missed a few decades of automotive evolution. Finally, we checked out the Tesla S for a weekend, and it’s a wonderful technology showcase that’s just hard to charge and too big for our needs.

None of these cars came close to our holy grail: a car we both loved. The closest we’ve come is Audi’s TT; my wife loved the first one because it was beautiful. I loved the second generation because it was a much better driving experience.

Meanwhile, Jaguar unveiled its new F-Type. We kept driving by it, displayed on the local dealer’s lot and finally gave it a test drive. Turns out, it’s the holy grail.

Most people disposed to ranking this sort of thing agree that the E-Type is one of the most beautiful cars ever built, and when I was younger (a lot younger), I owned two of them – both used. The first was a ‘67 roadster that I couldn’t really afford at the time, but I couldn’t help myself. Front heavy, with a detuned engine (an early effort at smog control), uncomfortable seats, and electric controls that found all sorts of creative ways to blow fuses, it was a far better car to look at than to drive. I later bought a ’64 coup that had been tuned into a hot rod, which became a nightmare that almost never ended. Between the modifications and a general lack of care, it was such a money pit that I actually had to go work at a Jag mechanic to help pay to keep it running.

But, over the years, I looked back at that ’67 roadster and wish I’d kept it. I’ve had Hondas and Chevys, Mercury Cougars, a Mazda RX-7 and a Toyota MR2; many – particularly those last two – were better cars, but none were better looking and none held my heart like that old XK-E did. It was one for the ages.

The new F-Type doesn’t look anything like those old E-Types, but it still reminds me of them because they’re both rolling works of art. Oddly, I find the E-Type to look better in picture than in person, but the F-Type looks better in person than in pictures. Like most supercars, the F-Type is very wide, and pictures don’t capture the dimensions well; similarly, the available color schemes are deep metallics that don’t quite translate in the imagery. The black, in particular, has a chameleon-like quality of shifting colors depending on the surroundings.

While all three of the car’s configurations are supercharged, you can option them with things like active exhaust, lighting, and suspension. We wound up with the loaded S8, and driving it is hard to describe. It has an amazing sound system, but even that is nowhere near as entertaining as the sound of the engine. When the active exhaust kicks in it’s like God has swung a foot from the heavens and kicked the car forward as angels let fly with some sort of battle cry. Press the accelerator and it’s impossible for the driver’s face to not be plastered with a grin, while the passenger’s face will likely look stunned.

The only car I’ve driven that comes close to the F-type in terms of fun is the Nissan GT-R, but looks-wise it can’t hold a candle to the Jag. This car is packaged fun, as amazing to me as the old E-type with none of the problems. Like the GT-R, the F-Type comes race prepped and is a modern, reliable car straight out of the factory.

But the real magic lies in the fact that both my wife and I love this car. She’s a design nut who gravitates towards cars like the Audi R-8, while I want a car that’s just a ton of fun to drive like the GT-R or Lotus. In the past, that’s always meant that one of us was unhappy with whatever was in the driveway. With the F-Type, the only one who’s unhappy is the one not driving.

Topics
Kia EV6 vs. Niro EV: Why you’re better off paying more
Ford and VW close down Argo AI autonomous car unit
GMC poured all of its truck-making expertise into the Sierra EV pickup
Check out Spectre, Rolls-Royce’s first all-electric car
Jeep is launching its first two electric SUVs in the U.S. in 2024
2024 Chevrolet Equinox EV aims for affordability with $30,000 base price
Cruise’s robot taxis head to Arizona and Texas
Uber says it’s investigating ‘cybersecurity incident’
Nvidia’s Drive Concierge will fill your car with screens
The Uber hack is an outrageous tale of a teen hacking for fun
Tesla to fix window software on 1M of its U.S. cars
Lux and refreshingly livable, Mercedes’ EQE moves EVs mainstream
How to watch Tesla’s AI Day tonight and what to expect