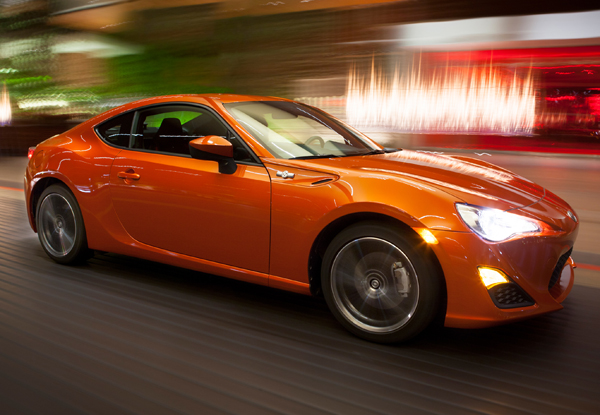 Toyota seems determined to blur the line between reality and video games. A few months ago, we reported that the Japanese company was working on a “black box” that would allow GT86 (a.k.a. Scion FR-S) owners to upload data logged during real-world driving to their PlayStation consoles. Now, Toyota wants to connect owners’ cars with their smart phones, tablets, and computers as well.

The project is the result of a partnership between Toyota and Polyphony Digital, maker of the ultra-realistic Gran Turismo series of racing games. A functioning link between car and console will allow drivers to create virtual versions of their cars in Gran Turismo 5, but Toyota’s intention to expand to other platforms broadens the possibilities.

Wherever the data gets shared, it will be generated by a CAN Gateway, which collects information from the scores of sensors on a GT86/FR-S. The same sensors that allow the electronic fuel injection, anti-lock brakes, and traction and stability control to function can record a car’s engine speed, yaw, and braking force. This is how professional race teams shave precious seconds off of lap times.

Drivers could potentially do a lap of a real track in their real FR-S, then watch the lap from all angles in Gran Turismo 5. They could also modify their FR-S in the game to test different performance parts without spending any time or money refitting their real cars.

If Toyota successfully morphs this data-logging program into an app, owners could also share and compare lap times through social media, or get tips from fellow drivers.

While the FR-S is the first proper sports car from Toyota in years (excluding the hyper-exotic LFA), it’s also fairly basic. It was designed to give owners the best possible driving experience on real roads, so why would they want to jack in to a videogame?

“When we began planning the GT86 five years ago, Toyota realized that the young generation was losing interest in cars, in favor of electronics and devices and being connected,” Tada said.

Will it work? It’s admittedly hard to see lap times becoming the next Farmville, but a data-logging app might be useful to those gearheads that spend more time in their cars than out.

This could be a relatively cheap way for racers to see how they and their cars perform. Seeing the data and the actual laps might show them where they need to improve. Gran Turismo-style virtual tuning could also save a few headaches by giving FR-S owners a better idea of how aftermarket parts will affect their cars’ performance.

However, these people make up a very small segment of the car buying public, and are not part of the youthful Facebook-obsessed crowd Toyota is trying to woo. It seems like, either way, potential customers have to want a car in order to buy one.

Forget waiting! Here’s all the CES 2022 tech you can buy right now

What to expect at CES 2022: New robots, TVs, electric trucks, and more