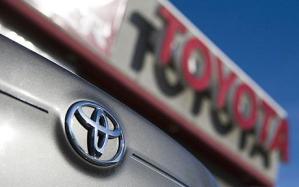 Toyota just can’t catch a break. One year after Toyota accepted “full responsibility” for a slew of widely-reported instances of its vehicles suddenly accelerating out of control, the Japanese motor giant issued a recall of 2.17 million additional vehicles in the US today.

The recall, which includes vehicles from both the Lexus and Toyota brands, is due to problems with drivers-side floor mats jamming against the accelerator pedal, causing it to stick in a depressed position. This brings the total number of Toyota-made cars recalled since January 2009 to nearly 15 million.

The recall comes only slightly more than a week after the US government reported that it had found no evidence that Toyota’s electronic throttle systems were to blame for the “unintended acceleration” issues that plagued the car maker last year.

According to an official statement from Toyota, the decision to recall was “voluntary,” though the National Highway Traffic Safety Administration says it urged the company to issue the recall.

The models included in the most recent accelerator pedal/floor mat recall include approximately:

So what exactly is the problem with the floor mats? Toyota explains via its website:

Tesla recall aims to end the chill in newer vehicles