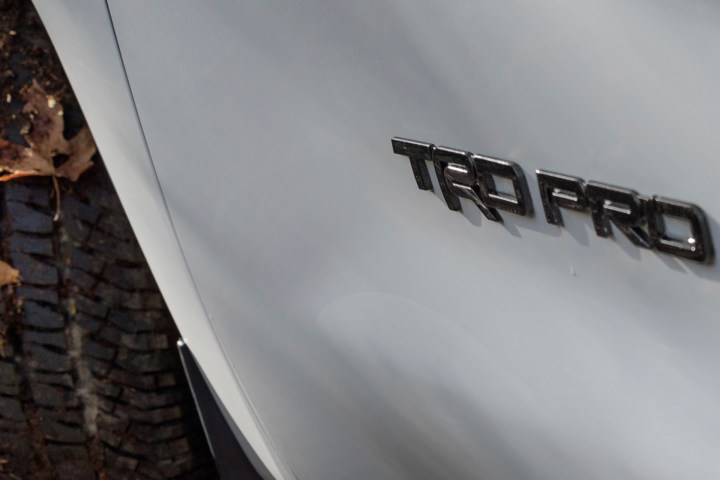 The Toyota TRD Pro line adds genuine off-road capability to a handful of the Japanese automaker’s vehicles, and the lineup is about to get a new addition. Toyota promises to bring a “new TRD Pro off-road beast” to the 2019 Chicago Auto Show, as well as changes to the entire lineup for the 2020 model year. So which Toyota model will get the TRD treatment?

The 2020 Toyota Tacoma pickup truck will also debut in Chicago, but the current Tacoma already has a TRD Pro variant. So a 2020 Tacoma TRD Pro doesn’t exactly qualify as “new.” Toyota’s other truck, the Tundra, also has its own TRD Pro model, as does the 4Runner SUV. That leaves the Land Cruiser and Sequoia SUVs and RAV4 and Highlander crossovers as possible candidates.

While the Land Cruiser already boasts plenty of off-road capability out of the box, it’s just as likely that the Sequoia will get the TRD Pro treatment. The Sequoia is essentially a Tundra with an SUV body, meaning most of the components from the Tundra TRD Pro should bolt on relatively easily. Toyota has also already announced a Land Cruiser model for the Chicago Auto Show — the retro-themed Heritage Edition.

TRD is short for Toyota Racing Development, and it has the pedigree to back up that name. TRD has multiple Baja 1000 off-road race victories on its resumé, and currently runs Toyota’s NASCAR program. In other words, it’s the real deal.

The current line of TRD Pro models include upgrades like beefier shock absorbers and model-specific wheel and tire setups, as well as the obligatory TRD badging and exterior styling tweaks. The new TRD Pro model will likely get similar upgrades, but we’ll have to wait until its debut at the 2019 Chicago Auto Show to know for sure.