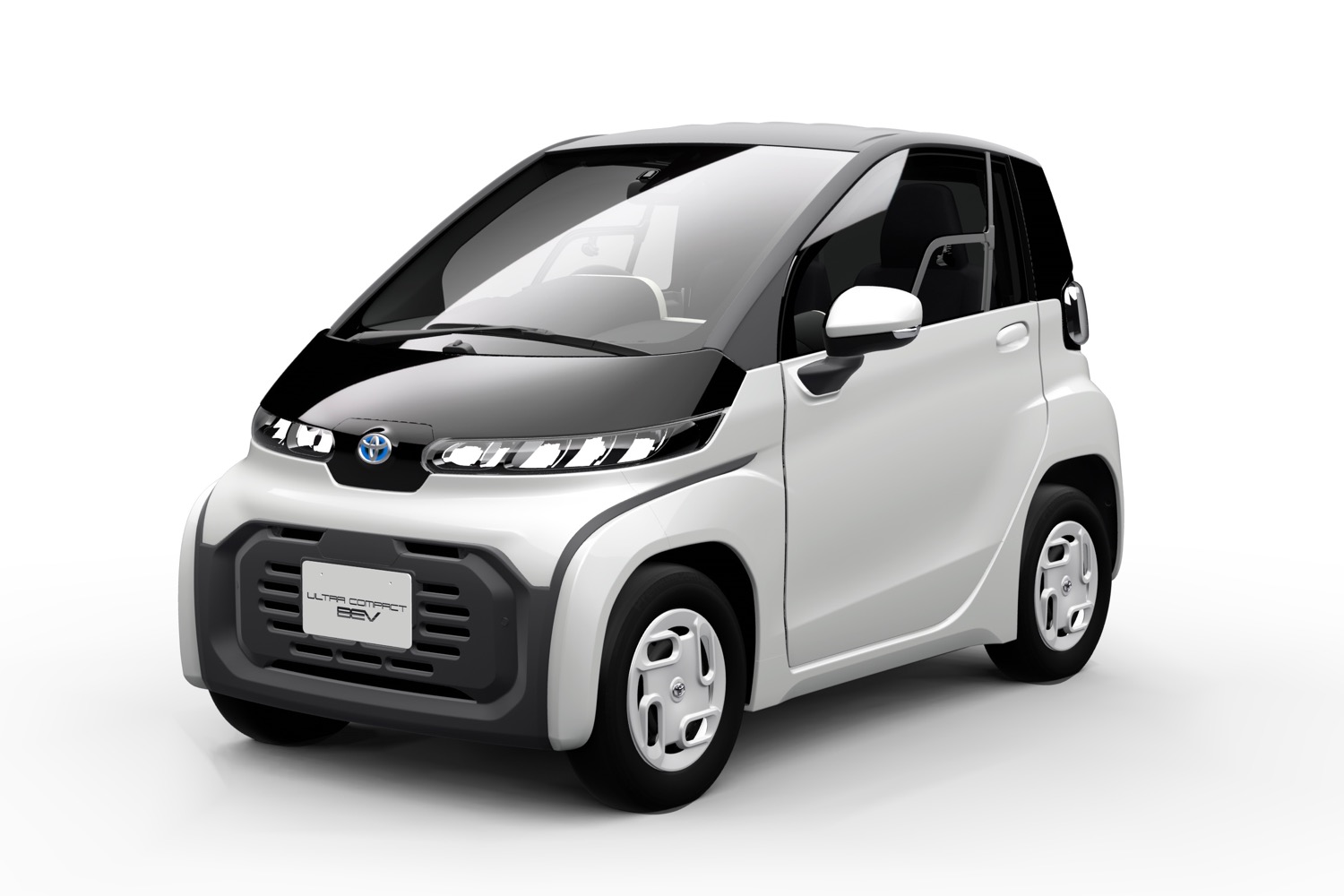 At what point does a car become so small that it’s not really a car anymore? Toyota is pushing that boundary with its latest electric car. Set to debut at the 2019 Tokyo Motor Show, Toyota’s Ultra-Compact BEV (for “battery electric vehicle”) is so small that it’s practically a golf cart.

The two-seat Ultra-Compact BEV was designed for drivers who primarily make short-distance trips, according to Toyota. The target market includes the elderly, newly licensed drivers, or businesspeople visiting local customers, the automaker explained in a press release. The vehicle has a maximum range of 100 kilometers (62 miles) per charge, and a top speed of just 60 kph (37.2 mph).

Toyota thinks there will be a big market for tiny electric cars. In addition to retail customers, Toyota believes these vehicles could be used by municipalities as a zero-emission alternative to more conventional forms of transportation. Considering that New York City traffic cops already drive Smart cars, it’s not the craziest idea. Toyota said it has partnered with approximately 100 corporate and government entities on potential uses for vehicles like the Ultra-Compact BEV.

Hydrogen fuel cells were previously Toyota’s zero-emission technology of choice (and remain a big part of its future plans), but Japan’s largest automaker has warmed to battery-powered vehicles. When the Ultra-Compact BEV launches in 2020, Toyota also plans to roll out a whole new business model designed to increase sales of electric cars. That includes reuse and recycling of battery packs after their initial automotive use, according to Toyota. Several automakers are working on so-called “second-life” uses of electric-car battery packs, including using the packs for stationary energy storage.

Toyota did not mention plans to sell the Ultra-Compact BEV in the United States, and would likely face regulatory issues if it did. The Ultra-Compact BEV would likely be classified as a neighborhood electric vehicle in the U.S., meaning it wouldn’t be considered road legal by the federal government. Some states allow neighborhood electric vehicles and other smaller vehicles — such as golf carts and ATVs — on public roads. Toyota could also market the car for use on private property at retirement communities, colleges, or other large, enclosed campuses.

The Ultra-Compact BEV isn’t even Toyota’s smallest electric vehicle. At the 2020 Tokyo Olympics, Toyota will also deploy 300 “personal mobility devices.” These are transformable scooters that can be configured for standing or seated riding, or even attached to a wheelchair. Toyota is also cooking up an electric car concept called the LQ that uses artificial intelligence to monitor occupants’ stress levels.