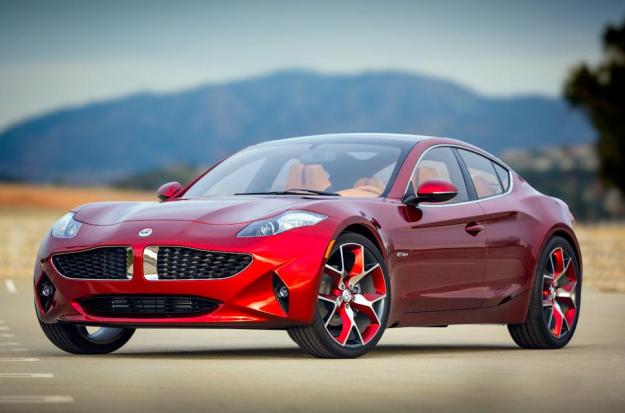 Fisker has pretty much shut down, giving us a rare glimpse at one of the unexpected risks of buying a car from a brand new provider that might not make it. Since it has been a long time since we had car companies launch in the US at scale, you have to go back a long time to companies like Muntz and DeLorean to watch a similar sequence of events unfold. DeLorean is probably the best-case scenario for owners: There is actually still a company by the same name that is providing parts and service for the car, and from what I’ve heard, you can actually work with them to get a car that will likely hold up better than the new ones did.

But Fisker, and all current-generation electrics and hybrids, are very complex beasts. They remind me more of the problematic Aston Martin Lagonda; the company clearly didn’t go under, but the Lagonda is its one famous failure. You can buy one for a song, because its complexity makes keeping it running is a nightmare. And the Lagonda is simple, compared to the Fisker, suggesting owners would really be screwed.

But there may be early help on the horizon. Let’s chat about why Fisker failed, why Tesla may be in trouble, and then talk about the good news for both companies.

Both Fisker and Tesla benefitted from a large amount of government support, but while the piles of cash provided seemed huge, they were still inadequate for the considerable task. We saw something similar happen with government funding of the US solar industry. Company after company failed and today, after all of that effort, most solar production is in China, which fully funded its effort and now basically has nearly cornered the market on solar panels.

So there is hope for Fisker owners! It just won’t be cheap. But then again, having a hot car that no one else has never is.

To bring in a different kind of fueling system, you need to build out infrastructure and make massive improvements in battery longevity, cost, and charge time. These improvements are going on, but not at the pace needed to ramp up volume. Fisker hedged its bets by taking what appeared to be the smarter hybrid route. But this approach the company didn’t win Fisker get the level of support Tesla got. It also avoided generic design and released a rolling show car. The styling drew attention from consumers, but the car was less practical and underperformed other cars in its price class as a result.

Tesla’s uncertain future boils down to politics. It still relies on government funding to keep afloat, which typically comes from the Democratic Party. When Carter lost the election in the early 80s, his better-funded programs collapsed as Republicans withdrew funding. I recall this because it pretty much financially wiped out a whole wing of my family.

Despite clearly building the best electric vehicles currently on the market, Tesla is about five years from being able to easily survive the loss of government subsidies. But Obama has less than four years left in office. It’s is going to be close. Fortunately for Tesla, Clinton appears the strongest of all the 2016 candidates, but then again, she did before Obama entered the race last time too. And the Republicans are pissed this time around.

A future for Fisker (thanks to GM)

Apparently Bob Lutz is planning to stick LS9 engines under the Fisker body and turn it into a real supercar. While the price for the finished vehicle is steep at $180,000, once someone figures out how to do something like this, others typically follow, and folks that bought Fisker cars are typically pretty well off. The end result will be a car that actually lives up to its looks, because this is the same engine put in the really fast Corvette ZR-1. Granted, you’d never be able to run off the battery again, and the gas mileage wouldn’t be great, but the end result should be far easier to get serviced, and likely capable of lasting as long as you do. Apparently Lutz is estimating the conversion would cost between $85,000 and $90,000 initially, but I expect (and hope) this will drop.

Back when the Aston Martin Lagonda was created, we were just learning about electronics and didn’t do them particularly well. We’ve learned a lot since then, and while doing this conversion yourself would be nearly impossible, Lutz is likely to get this well sorted. Converted Karmas should be more in line with, and likely better than, early Ford Cobras or Sunbeam Alpines.

So there is hope for Fisker owners! It just won’t be cheap. But then again, having a hot car that no one else has never is. And as far as value, if you got a Fisker you got something truly unique that was rolling art, and only had around $90,000 at risk. If you bought a Maybach, Rolls Royce, or Bentley instead, your car likely would have depreciated nearly that much over the same period of time anyway. Meanwhile, used Fisker cars appear to be still selling close to their offer price. So if you bought a Fisker, given you have choices and your car hasn’t yet depreciated that much, you may be in better shape than your exotic car peers. Go figure.

Topics
Jeep is launching its first two electric SUVs in the U.S. in 2024
2024 Chevrolet Equinox EV aims for affordability with $30,000 base price
Cruise’s robot taxis head to Arizona and Texas
Uber says it’s investigating ‘cybersecurity incident’
Nvidia’s Drive Concierge will fill your car with screens
The Uber hack is an outrageous tale of a teen hacking for fun
Tesla to fix window software on 1M of its U.S. cars
Lux and refreshingly livable, Mercedes’ EQE moves EVs mainstream
How to watch Tesla’s AI Day tonight and what to expect
2023 Audi Q4 E-Tron first drive: the predictable and traditional EV SUV we need
We need more 7-passenger EVs, but the 2023 Mercedes EQS SUV has room to improve
Tesla AI Day 2022: Optimus, self driving cars, and everything else announced
Tesla hopes full self-driving beta will be out globally by the end of 2022