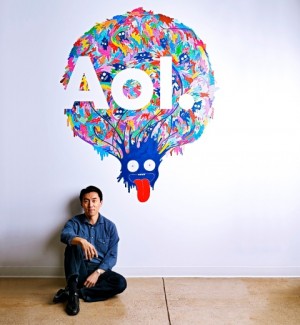 After the Huffington Post acquisition, it seemed like a matter of time until AOL had to start cutting its fat. First to go is former content head David Eun, who told his staff that his role with AOL has, more or less, become obsolete with the arrival of new editor in chief Arianna Huffington.

Eun was responsible for the AOL homepage (which recently underwent reconstruction) and content branding and sites, of which there are many. In a letter to AOL staff, Eun admits the Huffington Post acquisition, though very important for AOL, was indeed to catalyst for his employment change. He also takes the time to list the accomplishments of the site under his leadership, and to affirm that “it’s been an honor to work with” his colleagues.

TechCrunch, which AOL acquired in 2010, reveals that Eun was very much a corporate figure to the website, and perhaps somewhat misguided when it came to the site’s editorial process. Still, he was admittedly an ethical boss, one that “never told us what to write, or not to write.”

Eun may have stayed out of TechCrunch’s press room, but he definitely had a hand in the now infamous AOL Way content plan. The unearthed internal document revealed AOL’s system to combat sagging advertising revenue by churning out stories and creating its own content farm. And According to an interview he gave to Paid Content, Eun regrets it – or at least how everyone found out about it. “One [regret] would be that they didn’t do a better job explaining what has now become known as the ‘AOL Way.’” Eun explains the presentation was a road map of sorts, and in no way meant to intimidate writers, and was not intended to apply to Engadget and TechCrunch writers. “We shouldn’t have called it some grandiose thing that sounds like big brother.”