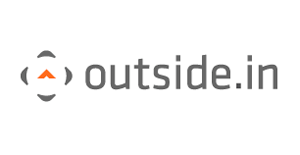 AOL’s Patch.com has reportedly purchased “hyper-local” news aggregator Outside.In for less than $10 million, reports TechCrunch. The news first surfaced early this morning as a rumor on Business Insider. But TechCrunch has received confirmation of the sale from none other than Patch president Warrent Webster.

Outside.in, a startup that has raised $14.4 million to date, rounds up all the news and blog posts related to a particular neighborhood. To find news related to your area, simply type in your zip code, neighborhood or address, and it pulls up any relevant news. Outside.In, which currently serves around 60,000 neighborhoods, puts more of its weight on local bloggers and publications, rather than large news organizations.

The functionality of Outside.In fits in well with Patch’s goal of creating local news, something the company believes is the future of journalism. And Patch could do well to incorporate Outside.In, which has seen a drop in traffic recently, to only about 317,000 visitors during the month of January.

AOL originally acquired Patch in 2009. The company has invested the staggering sum of $120 million into Patch, according to Business Insider. (For context, AOL only brings in a total of around $700 million per year in subscriptions, so that’s quite a chunk of change to put into one area of its business) With this, Patch has around 800 editors and a massive sales team.

Still Patch/Outside.In has quite a task ahead to create a hyper-local news service that people actually want to use. We agree with ReadWriteWeb‘s Marshall Kirkpatrick, who says that all of the local news aggregators  — Outside.In, EveryBlock and Fwix — have been somewhat of a “disappointment” so far. None of them actually deliver a satisfying neighborhood news experience, one that gives us a more vibrant picture of exactly where we live than we had without it. Here’s hoping that Patch and AOL can turn that sad trend around.