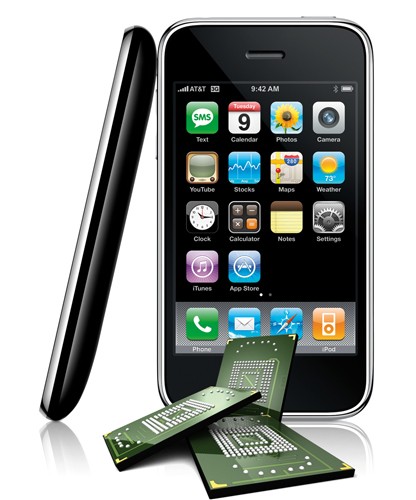 According to the Korean Economic Daily, Apple will spend $7.8 billion in Samsung component parts this year – which makes one of the manufacturer’s largest competitors simultaneously its best customers.

Apple and Samsung have a variety of products directly pitted against each other. The iPad and Galaxy Tab go head to head, as do the iPhone and Samsung’s Galaxy S series phones (and if you want to go international, you can throw in the iPad Touch versus Galaxy Player, as the latter is currently unavailable stateside). And it isn’t just that these products compete in the same market; they are largely standouts that are seen as the iOS or Android version of the other. So, how do these two relationships coexist – one based on demand and supply and another on rivaling products?

Easy – because both of them stand to make a lot of money. Apple will be purchasing high end-LCD panels, processors for smartphones, and NAND flash memory from Samsung for its products, and it has been for awhile. As CNET points out, Apple makes a habit out of signing large contracts with its suppliers in order to make sure it can get its hands on the parts it needs while also taking inventory away from its competitors. So while there’s nothing remarkable being a Samsung customer, it’s the bulk Apple is buying in that should get your attention. Becoming Samsung’s biggest buyer gives them money while also taking their supply away and gaining a stronger foothold in the tablet and smartphone arena. It’s an expensive risk to take, but if anyone can take it with some confidence, it’s definitely Apple.

Topics
Best Apple deals and sales for November 2022
Apple iPad Pro 12.9 is $200 off at Amazon – but for how long?
Today’s Best Deals: Get a 70-inch TV for $450, a Chromebook for $98
The 5 best Apple deals in the October Prime Day sales
How to use the new communities feature in Microsoft Teams
The best gifts for PC gamers
Google is now supporting my awful browser habits, and I love it
Google just revealed what you found most fascinating in 2022
Even 15-inch portable monitors come in OLED now
How to reset graphics drivers in Windows 11
The most common multi-monitor problems and how to fix them
Upcoming MacBook Pro could have a 20-inch folding display
This Alienware gaming laptop with an RTX 3080 is $650 off today