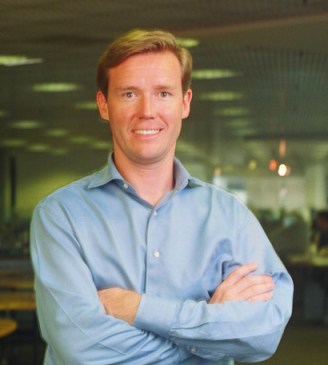 So Apple acquired music streaming service Lala and everyone was like “okay, cool.” Then MP3.com founder Michael Robertson writes a guest post on TechCrunch proposing that Apple will use Lala to create a cloud-based iTunes service and everyone slaps their foreheads in a brief, yet simultaneous, moment of epiphany. We’re not saying Robertson’s claims are true or have been confirmed in any way by Apple, but it does make sense.

Robertson, a 12-year veteran of the digital music business, says he believes Apple will not offer a subscription music service in the future but rather create an iTunes service that will make content accessible from anywhere. Over a month ago the Wall Street Journal reported—as they often do—some interesting news from Apple. The WSJ said Apple will change its iTunes business model to focus on Internet-based content. The WSJ reported that the “key vehicle for the move is Apple’s newly acquired music-streaming service Lala Media Inc.” for which Apple paid $85 million.  Robertson had about the same thing to say in his TechCrunch appearance.

“An upcoming major revision of iTunes will copy each user’s catalog to the net making it available from any browser or net connected ipod/touch/tablet,” Robertson wrote. “The Lala upload technology will be bundled into a future iTunes upgrade which will automatically be installed for the 100+ million itunes users with a simple ‘An upgrade is available…’ notification dialog box. After installation iTunes will push in the background their entire media library to their personal mobile iTunes area.”

Robertson wrote that he expects a mobile iTunes in 2010 that will allow Apple to “protect their media franchise from encroachment,” and that once mobile iTunes is loaded “users will be able to navigate and play their music, videos and playlists from their personal URL using a browser based iTunes experience.”

Robertson also notes that this new iTunes cloud will be readily available to all iPhone, iPod and tablet devices—perhaps we are in for more than we expected with Apple’s press conference on the 27th.

How to delete a BeReal post
iCloud might be sending your photos to strangers’ computers
Windows 11 vs. Windows 10: Finally time to upgrade?
How to insert a signature in Apple Pages
This 15-inch Dell laptop is just $250 today, but it’s selling fast
All the products that Apple didn’t announce in 2022
Nvidia may be shooting itself in the foot with its new monster GPU
This killer Black Friday deal on an RTX 3060 gaming laptop is still available
The best Intel processors for 2022
The most innovative laptops of 2022
How to create a calendar in Google Sheets
Discord now lets creators make money, and it’s not with crypto
Acer Swift Edge vs. Microsoft Surface Laptop 5