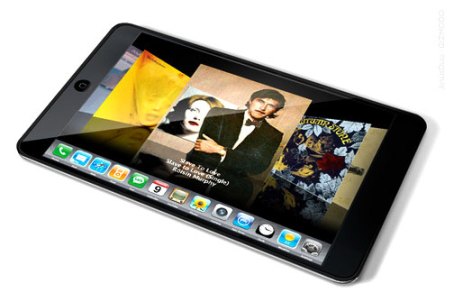 We have a watchful eye on you Apple, so don’t think you can sneak around making deals with publishers and not have us know about it—or not have the Wall Street Journal know about it. The WSJ reported today that HarperCollins Publisher is negotiating with Apple Inc. to make electronic books available for its new tablet device. WSJ says they aren’t sure whether Apple will sell the HarperCollins titles via a new e-book store or through its existing iTunes Store.

HarperCollins is supposedly selling e-books with advanced features such as video formats, author interviews and social-networking applications—the publisher noted that these e-books would be sold for higher prices than the standard $9.99 new release set by Amazon. Brian Murray, the chief executive of HarperCollins, said in December that these enhanced e-books would sell for $14.99 to $19.99. Speaking of Amazon—Kindle’s in for bumpy ride this year isn’t it? With the countless new options for e-readers that were released at CES and new multifunctional devices like Apple’s tablet that are being readily introduced.

WSJ says the details are not ironed out yet, but there may be some announcements at the January 27th press conference regarding the partnerships and who is providing what content on the new Apple device.

Today’s best deals: TVs, laptops, iPads, robot vacuums and more
This 67W charger is an Apple fan’s retro dream come true
Mass shipment of Apple’s mixed-reality headset may be delayed
Apple’s VR headset may launch soon, intriguing leak suggests
The best gifts for PC gamers
Google is now supporting my awful browser habits, and I love it
Google just revealed what you found most fascinating in 2022
Even 15-inch portable monitors come in OLED now
How to reset graphics drivers in Windows 11
The most common multi-monitor problems and how to fix them
Upcoming MacBook Pro could have a 20-inch folding display
This Alienware gaming laptop with an RTX 3080 is $650 off today
This Lenovo laptop is just $129 today, and it’s selling like hotcakes