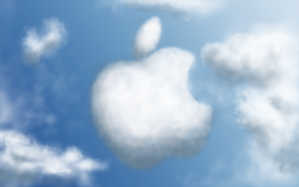 Apple has reportedly hired Microsoft’s general manager of Datacenter Services, Kevin Timmons, who helped build the infrastructure for Microsoft’s global cloud computing network, according to Data Center Knowledge. It is not yet known Timmons’ position or responsibilities with Apple. The report of his employment there, however, further fuels rumors that Cupertino is planning to significantly expand its own cloud operation.

News of Timmons’ move to Apple comes from one David Ohara, a data center expert who has worked for both Microsoft and Apple, and reportedly has multiple sources at both companies who have informed him on Timmons’ career choices.

Apple has not yet commented on hiring Timmons. And Microsoft’s statement on his departure from the company provides no additional information on the matter. “Kevin Timmons, general manager of Datacenter Services, has decided to pursue other career opportunities and is no longer working at Microsoft,” Dayne Sampson, CVP of Global Foundation Services at Microsoft told Data Center Knowledge. “We appreciate the contributions he made to Microsoft during his time here.”

The acquisition of Timmons by Apple coincides with the company’s opening of a massive 500,000-sq-foot data center in North Carolina. An Apple spokesperson has said that the facility will be at least partially used to support iTunes and MobileMe, which turned up talk that Apple has a cloud-based version of its music service in the works.

Other rumors about Apple’s cloud plans include launching a free version of its MobileMe storage service, which would provide users with an online “locker” for storing music, video and other types of media.

Earlier this week, Jefferies & Co. analyst Peter Misek told investors that Apple has a cloud-based TV service in the works that would have “far reaching” implications for the television industry. Misek also said that Apple plans to open another data center directly next door to the new one in North Carolina, as well as additional data facilities around the country, and in Europe. These data centers will be used to further Apple’s cloud operations.

At Microsoft, Timmons reportedly developed a reputation “for building Internet-scale data centers on a budget,” says Rich Miller in Data Center Knowledge. He managed the building of data centers in Dublin and Chicago in 2009, and said that his goal for Microsoft’s data center network was for it to be “incredibly scalable at awesome cost effectiveness.”

As Miller notes, Timmons’ data center philosophy seems to mesh perfectly with Apple’s “think different” approach. “Challenge everything you know about a traditional data center,” Timmons said in 2010. “From the walls to the roof to where it needs to be built, challenge everything.”