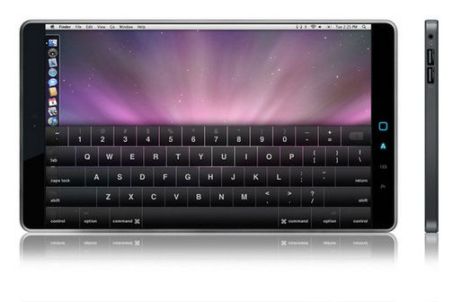 Steve Jobs is at it again, reshaping the world one Apple product at a time. The news surrounding the soon-to-be announced Apple tablet has been getting people pumped for the debut of the device and the Wall Street Journal says they should be. The WSJ reported today that the Chief Executive Steve Jobs is betting he can reshape businesses like textbooks, newspapers and television much the way the iPod revamped the music industry and the iPhone transformed mobile phones.

According to the WSJ, Apple is trying to focus its tablet PC to be the gadget of the “home and classroom,” kind of like the family computer—but rather, the family Apple tablet. WSJ says Apple envisions that the tablet can be shared by multiple family members to read news, play games and check email in homes. Apple has also been exploring the option of electronic textbooks, hoping the tablet could serve a purpose in the classroom as well.

Reports from earlier in the week claim Apple’s been chatting up various publishers trying to snare some newsworthy content for its new iSlate device.  The WSJ claims that it’s also secretly been negotiating with television networks such as CBS Corp. and Walt Disney Co. for a monthly TV subscription service for the new tablet device.  Apple is seems to be taking the former kings of entertainment—reading, studying and watching TV—and putting them into a cool new tech format. Looks like Steve Jobs doesn’t hate television after all.

Apple’s folding MacBook could be incredibly thin and light

How to remove viruses and malware from your iPhone or iPad