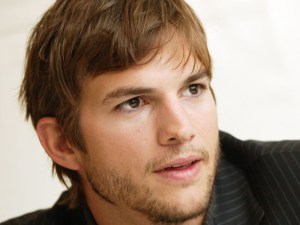 Hot vacation rental startup Airbnb.com just got the Ashton Kutcher bump. The star of “That 70’s Show,” “Punk’d,” and Dude Where’s My Car? has made a “significant investment” in the San Francisco-based company, and will serve as a “strategic advisor” to the Airbnb team, according to an announcement posted to the Airbnb blog.

While he may have made his name as an actor and all-around Hollywood heartthrob, Kutcher has become one of the tech world’s brightest shining stars. In addition to running a staggeringly popular Twitter account, Kutcher has been busy investing in a number of already-successful tech startups: companies like Skype, which just sold to Microsoft for $8.5 billion. He also serves as an adviser to UberMedia, which owns and operates many popular Twitter clients, and for which Kutcher recently designed his own customer Twitter app.

For those who have been watching Airbnb for some time, the Kutcher connection seems like a no-brainer, and a perfect fit. The vacation rental site, which allows users to book privately-owned spaces — from a futon to a whole house to an entire country — the same way one would book a hotel room online, currently teeters on the cusp of mainstream success. Those who know about it love what the site has to offer (i.e. great places to stay on vacation, often at a fraction of the cost of a hotel room and with many more conveniences), and can’t believe everyone doesn’t know about it and use it for their travels. But the site has yet to break into the widespread public consciousness, where one can just say “Airbnb” and people know what it is. Kutcher’s involvement with the company could push Airbnb all the way into the sunlight.

Kutcher’s investment comes at a crucial time for Airbnb, which faces increasing competition from a slew of rip-off sites that hope to jump on the vacation rental bandwagon. Dubbed “Airbnb clones” by startup watchers, these competitors include sites like 9Flats and Wimdu, both of which are based in Germany and have bit off Airbnb so thoroughly that even their site designs look nearly identical to Airbnb’s (hence the “clone” title), not to mention their business models.

Whether or not Airbnb can get the same kind of benefits from having Kutcher on board remains to be seen. But if his previous startup involvement is any indication, we’ll all be crashing in an Airbnb pad soon.

Check out our recent round-up of the best sites for finding hotel alternatives here.