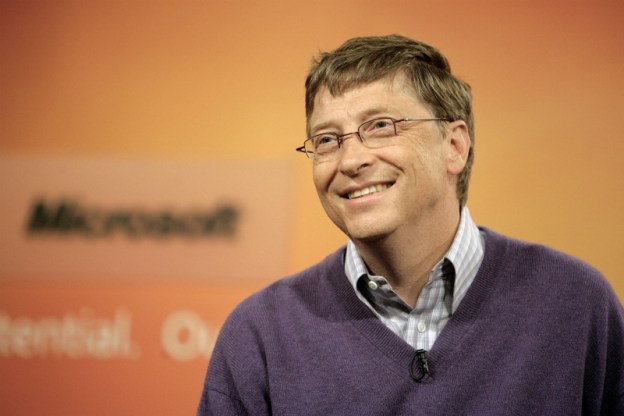 Bill Gates has said in an interview that he won’t be returning to Microsoft full-time, following speculation that he was planning just such a move. Speaking to Fairfax Media in Australia, where he and his family are spending a holiday, Gates was directly asked whether the story had any weight, to which he replied he would remain “part-time Microsoft, full-time Foundation for all my future.”

He was referring to the Bill & Melinda Gates Foundation, the philanthropic charitable organization set up in 1994, which became his focus after leaving Microsoft in 2008. He didn’t cut all his ties with the company though, and remains chairman of the board and the holder of the largest amount of individual shares.

At the beginning of the month, Forbes printed a story which included a rumor they’d heard from a “prominent chief executive” at Microsoft, saying that Bill was planning a comeback. This sparked huge interest along with comparisons to Steve Jobs’ return to Apple in 1997.

With this public denial, Gates has put an end to these rumors. He did make sure to indicate he was still active within the company to a certain degree though, saying he had been in touch to give some advice earlier in the week.

The interview also touched, once again, on comments published in Steve Jobs’ biography about Gates and Microsoft, to which he responded saying his “tough comments” came from the fact “Microsoft machines outsold his by a lot.” Later, he also unsurprisingly revealed he uses a Windows Phone mobile device.

Bill Gates publicly confirming his role at Microsoft won’t be changing will surely infuriate the detractors of current Microsoft CEO Steve Ballmer, who many investors blame for the company’s low share price. Will this be the last word on the subject, or is there a chance that Bill Gates will still one day change his mind?