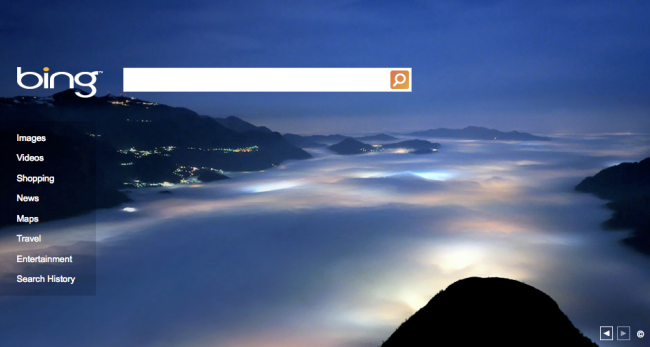 While it can hardly be considered a dark horse in the search engine race, Microsoft’s Bing has made surprising gains on reigning search champ Google. According to Experian Hitwise, Bing amassed 30.01 percent of all searches during the month of March. That includes searches conducted on bing.com as well as “Bing-powered” searches, which includes Yahoo websites that use Bing. Searches conducted directly through bing.com accounted for 14.32 percent of all searches. And Yahoo searches rose from 14.99 percent to 15.69 percent in March.

Google was still the overwhelming leader with 64.42 percent of all searches last month, but that figure represented a decline of 3 percent from Google’s standing in February when it accounted for just under 66.69 percent of searches. On the other end, Bing’s 30 percent represented an increase of 5 percent over its February standing.

From the looks of it, Bing’s gains have come at Google’s expense, setting the stage for a search engine rivalry that could get as heated as anything we’ve seen from the tech world in recent years. Google initiated a bit drama in February when it accused Bing of mimicking its algorithm to produce search results that were nearly identical to Google’s own in some instances. Microsoft continued the flattery when it announced in March that it’s planning to add instant-search results as part of an HTML5 makeover. Google first deployed an instant search result feature last September.

How to make a Google Docs survey