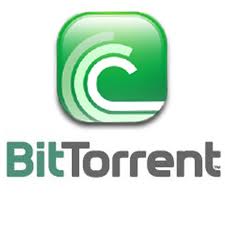 BitTorrent reports impressive daily stats for its clients as well. Over 20 million daily active users downloading over 400,000 torrents on average.

BitTorrent creates advanced, innovative technologies to efficiently move large files across the Internet. BitTorrent is a protocol allowing users to download files quickly by allowing people downloading the file to upload, and thereby distribute, parts of it at the same time. BitTorrent is often used for distribution of very large files, very popular files and files available for free, since it’s generally cheaper, faster and more efficient to distribute files using BitTorrent than a regular download.

The company’s two main products today include the original BitTorrent software and the tiny-but-mighty µTorrent, which combined boast over 100+ million users.

“This is an exciting day for our team. Our vision is to build a complete technology ecosystem comprised of software, content and devices, designed to connect modern content creators with a massive digital audience,” said Eric Klinker, CEO at BitTorrent. “This milestone highlights the size of our user base and the power of our software.”

The company has seen explosive growth, which may be helped by the fact that many of its competitors have been forced to shut down over the past year.

Best VPN services 2022: today’s top picks
This free service just hit a huge website security milestone
How to recall an email in Outlook
These are the apps that have kept me glued to the Quest Pro
This stunning DIY gaming PC dream machine is made of glass
Apple will pay $50M to settle the butterfly keyboard fiasco
This 15-inch Windows laptop is a great buy while it’s just $139
Get Samsung’s 49-inch Odyssey G9 Monitor for under $1,000 today
Why Starlink download speeds are experiencing double-digit dips
Hackers just stole LastPass data, but your passwords are safe
Best Chromebook deals: Get a new laptop from $99
Best laptop deals: Save on Apple, Dell, HP and Lenovo
Best MacBook deals: Save on MacBook Air and MacBook Pro