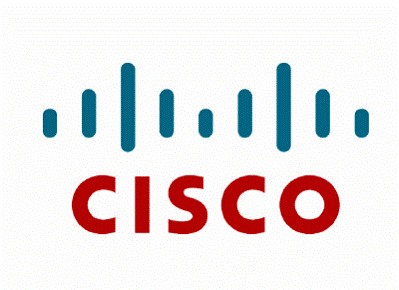 Cisco Systems Inc. is forecasting revenue growth for the first time in a year, offering further evidence that orders are rising again after passing what CEO John Chambers called a “tipping point” in the downturn this summer.

The world’s No. 1 maker of computer-networking gear said Wednesday that given the brightening conditions, it will start to hire more employees after laying off workers over the past year. Cisco’s work force has shrunk by about 3,500 over the past four quarters to about 63,800, mostly from layoffs but also from early retirement offers and attrition.

Chambers said during a conference call with analysts that the hiring will be “very targeted” and focused on new markets.thumb-ci

Cisco‘s results are seen as a gauge of how large corporations and government agencies and Internet providers are managing their technology budgets. The downturn has caused them to rein in spending on such Cisco mainstays as routers and switches, a trend that is still hurting Cisco but is easing as rising data traffic from Internet video and other applications strain existing computing equipment.

Cisco executives urged caution, though. They said sales could still sputter if the economic recovery falters.

“There’s still uncertainty in the economy on a global basis,” Cisco’s chief financial officer, Frank Calderoni, said in an interview. “It’s not completely back to normal levels, and with that kind of uncertainty, you really have to take things quarter by quarter.”

The company’s expansion into markets outside its core routing and switching businesses poses one threat to Cisco in the form of lower profit margins.

Cisco is entering the computer-server market, where it will compete with longtime partners Hewlett-Packard Co. and IBM Corp. It is also expanding its product line to include consumer gadgets.

Cisco recently bought Pure Digital, which makes the popular Flip Video camera. Cisco has been on an acquisition binge, announcing last month a $3 billion deal for Norway’s Tandberg ASA, which makes videoconferencing equipment, and a $2.9 billion deal for Starent Networks Corp., a maker of equipment for wireless carriers.

Cisco’s forecast is for revenue growth of 1 percent to 4 percent in the current quarter, which ends in January. That would translate to revenue of $9.2 billion to $9.5 billion. Analysts polled by Thomson Reuters were expecting a decline from last year.

Cisco reported Wednesday after the market closed that its net income dropped 19 percent to $1.8 billion, or 30 cents per share. Revenue fell 13 percent to $9 billion.

Wall Street was expecting even steeper declines, though. Excluding one-time charges, Cisco earned 36 cents per share, ahead of estimates for 31 cents per share in net income, on that same basis. Cisco’s shares climbed 82 cents, or 3.5 percent, to $24.11 in extended trading. In regular trading earlier, it gained 31 cents, or 1.4 percent, to close at $23.22.

Cisco, based in San Jose, also announced that its board approved $10 billion more for stock buybacks, lifting the total amount available under that and previous plans to $13.1 billion.