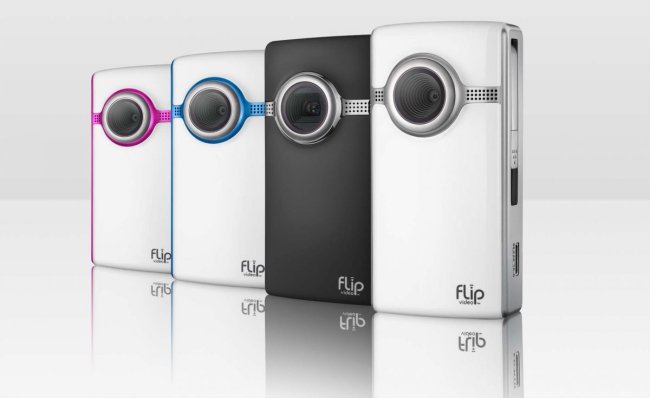 Cisco today announced that its line of once-mighty Flip camcorders will soon be given the axe as part of the company’s plans “to align its operations.” The restructuring effort will also cost 550 employees their jobs as Cisco moves to overhaul its businesses related to consumer products.

Analysts have criticized Cisco in recent months for straying too far from a business model that focused on selling routers and network switches to tech and telecommunications companies. Cisco’s CEO John Chambers had recently indicated that the company was off course and last week he vowed to make tough decisions to correct course. Ending the production of Flip is among the first of those decisions.

“We are making key, targeted moves as we align operations in support of our network-centric platform strategy,” Chambers said in a statement. “As we move forward, our consumer efforts will focus on how we help our enterprise and service provider customers optimize and expand their offerings for consumers, and help ensure the network’s ability to deliver on those offerings.”

Cisco purchased Flip from Pure Digital for the hefty sum of $590 million in 2009. Now, what was a promising venture into consumer technology, today has become a victim of shifting consumer preferences for accessible video gadgetry.

While Cisco didn’t give a reason as to why it had decided to close down its Flip operations, the fact that the company didn’t sell the business indicates that it likely was unable to find a buyer. The rise of smartphones capable of taking high-definition video has made standalone camcorders less of an attractive product to consumers – a trend likely to continue as smartphone proliferation steadily increases moving into 2012.

Cisco did promise to continue to support FlipShare, a software package that enables users to post videos taken with Flip cams to social networking sites.