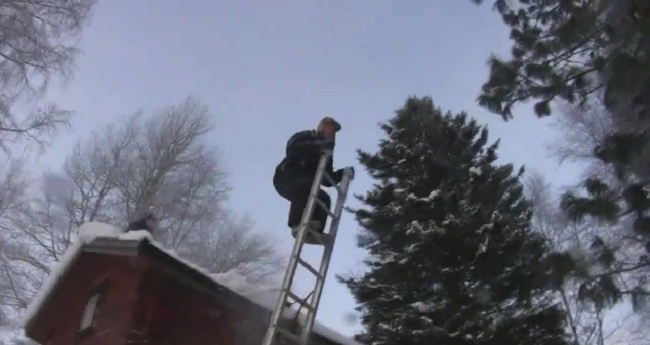 The Chinese Support Obama… and Chicken

Is this video controversial? Probably to somebody somewhere. Is it funny in a weird way? Definitely. The Chinese branch of KFC have decided to aim big in terms of sponsorships, and who is a bigger celebrity around the world than President Obama (or in this case an Obama lookalike)? A second ad then came from the Chinese Popeye’s, where a fake Glenn Beck announced that with every yen spent at KFC, the people were supporting a move towards a big government that wanted to take over all aspect of their lives, to which the Chinese population seemed strangely unphased by.

If you haven’t heard about the things going on in Egypt, please read a news site. Any news site, they are all covering it. The video below is a compilation of some of the earlier clashes between police and protestors before the recent pockets of violence began and poor Anderson Cooper nearly had his hair ruffled. It is all the more extraordinary to watch knowing that it came from an Egyptian protester, despite the government’s blocking of the internet and eventually cell phones.

There is adventurous, and then there is just plain dumb. Sure, this guy has massive cojones, and sure, it makes for a great video. And on the plus side, it is well edited, so when they show it on a loop at his closed casket funeral, it will be awesome. The diver is actually Michael Rutzen a well-known proponent of shark conservation, who is out to prove that sharks are not the death dealers that we have pegged them as. Rutzen believes that with the right body language and attitude when dealing with the animals that are made of sharp teeth, sharks are actually very sociable and approachable under the right circumstances. Odds are he hasn’t had all that many people test his theories.

Man Robs Store With a Tree

A Man in Manassas, Virginia decided to show the punk kids these days how to rob a store. He didn’t need to resort to amateur hour tactics of bringing a knife, gun or other type of deadly weapon. No, this OG went old school, like, primitive caveman old school, and grabbed the first thing he could find. Which just happened to be a tree. And then someone posted it on YouTube and added the Benny Hill music.

The Year in Fail

When you have a society that is ready, able and willing to be on camera at all times, you are bound to capture some amazing things. Although not all of them are amazing for the same reason. There are a few NSFW words in the background, they are few and quiet, but be warned.