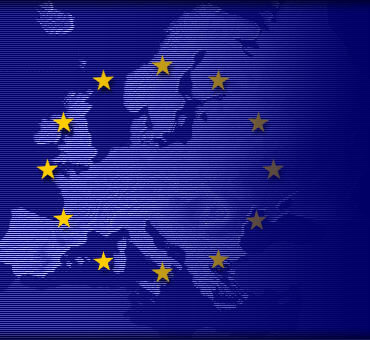 The EU’s top antitrust official on Wednesday described a deal among Apple Inc.’s iTunes, music companies, distributors and online licensing groups as a “great breakthrough” that would roll out more Internet music sales across Europe.

The companies and rights holders agreed at talks held Tuesday to work on EU-wide licenses that would allow online music tracks to be sold more widely in the region. Internet music downloads in Europe lag behind those in the United States, pulling in just a fraction of revenues the record industry is losing from falling CD sales.

Part of the problem in Europe is that music rights are sold separately in each country. That has prevented Apple Inc.’s iTunes from setting up a single store to service all of Europe. Instead, it has to seek licenses from each EU member state where it wishes to sell and to set up separate national stores — which have different music selections.

Kroes said participants agreed Tuesday that current licensing is “too complex and burdensome and that simpler licensing solutions are needed.”

Participating in the talks were Amazon, EMI, iTunes, Nokia, Universal, PRS for Music, music rights management groups SACEM and STIM and the European consumers’ organization BEUC. The companies and groups said they would seek to add the “widest possible” portfolio of music to any European licenses.

They also vowed to “facilitate the way in which music for online use is licensed such that the market grows and consumers benefit.”

They said rights owners — composers and performers — should only sign up to such licenses voluntarily, aiming to soothe worries from some artists who complain that they might lose money if an EU-wide license replaces a series of national licenses.

Kroes said the agreement “will not only help expand the market and tackle piracy, but also give consumers access to more of the music they want.”

Apple told the meeting that it was considering open up more iTunes stores in EU nations next year and Amazon said was now delivering books and DVDs to all 27 EU nations — it previously did not deliver to some eastern European nations.

Kroes, who is likely to soon step down as EU competition commissioner at the end of her five-year mandate, also described as “good news” a pending deal with Microsoft Corp. to settle a lengthy antitrust battle with EU regulators.

She said she has received numerous letters from Microsoft supporters over the years, criticizing the European Commission for hounding the company that have forced her to make the case for challenging monopoly abuse.

“You need to explain tat when its such a dominant position, you can drive what’s going on in the research field,” she said. “When you have no competition, it’s over for quite a while.”

Kroes said she hoped the Microsoft settlement would mean that hundreds of millions of European consumers would get a choice of which web browser to use on their computers in the New Year. Microsoft will likely update European versions of windows with an option allowing users to choose between its own Internet Explorer and rival Web browsing software.

The competition commissioner also defended her record in asking governments to amend bank bailout programs — that have already forced Commerzbank and others to exit much commercial banking — and called on consumers to use new legal means to seek compensation from companies found guilty of price-fixing.

“Consumers and taxpayers should not be left paying the bill for mistakes they did not make,” she said.