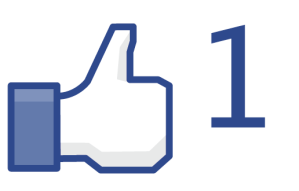 Previously, hitting the Like button on a third-party site would result in a link posted to a user’s wall and could very well go unnoticed by other users.  The more prominent, better teased Like link will likely attract more attention from Facebook friends and ultimately encourage more visits to third-party content.

Facebook Spokeswoman Malorie Lucich told Mashable that the Like button is the “recommended solution moving forward,” but called the new changes a “test” to gauge reaction from users and developers. Unlike some of Facebook’s prior experiments, we don’t see foresee this one causing any major revolts.

Topics
Microsoft Word vs. Google Docs
How to schedule an email in Outlook
The 6 biggest problems with ChatGPT right now
How to delete a page in Word
Apple Studio Display just got an unprecedented price cut
The best capture cards for 2023: Xbox, PlayStation, and PC
Hack involved the data of a nation’s entire population
Best Gaming PC Deals: Save on RTX 3070, 3080, 3090 PCs
Pro users are already unhappy with the upcoming Mac Pro
15 years later, the MacBook Air could soon have its best year ever
How to watch Super Bowl 2023 on your computer
Turns out DirectStorage isn’t killing frame rates in Forspoken after all
Best laptop deals: Save on Apple, Dell, HP and Lenovo