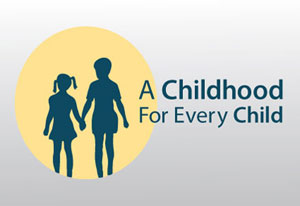 Online photography isn’t all cats and double rainbows. A hideous subset of humanity uses the extensive array of digital photography and Internet distribution channels now available to pass around the worst-of-the-worst: child pornography. And now that Facebook has become the largest photo-sharing site on the Internet, it is taking new, robust steps to combat this scourge.

Starting this week, Facebook will become the first company to adopt a newly released Microsoft software called PhotoDNA, which was developed solely for the purpose of busting the swath of child abusers and child-pornography consumers who peddle their filth online.

Created by Microsoft Research and further developed by Dartmouth College digital-imaging expert Hany Farid, PhotoDNA can automatically identify infringing images, and has the ability to chug through massive amounts of data so quickly and accurately that it can effectively filter even the largest caches of online photos, reports The New York Times.

“Twenty years ago we thought this problem was virtually gone,” says Ernie Allen, president and CEO of the National Center for Missing and Exploited Children (NCMEC). “As wonderful and powerful as the Internet is, it has created an opportunity for people to network with others of like interest, and to access content in the privacy of their own homes that would have formerly put them at risk to acquire.”

Microsoft donated PhotoDNA to NCMEC, which currently sorts through 250,000 images per week to determine which pictures are illegal, and which are not. Allen says PhotoDNA will help filter out the bad images far more quickly, and help put an end to this particularly disturbing black market.

“Our goal is to stop that victimization,” says Allen. “Using PhotoDNA, we will be able to match those images, working with online service providers around the country, so we can stop the redistribution of the photos.”

PhotoDNA is based upon a technology called “robust hashing,” which is able to analyze and record the unique characteristics of each digital image, similar to fingerprint technology for humans. Once identified, each images is then assigned a unique “hash,” or code. It can even identify images after they have been cropped or otherwise altered. The information can then be used to sort out child pornography, specifically images that feature children under 12-years-old, from perfectly-legal adult pornography.

Currently, Facbook relies upon users to alert the company to illegal images on the site. With the implementation of PhotoDNA, however, such tagging will no longer be necessary. Facebook will announce its adoption of PhotoDNA later Thursday, and hold an event on Friday to further explain the initiative. The hope is that other technology companies will see the benefits of PhotoDNA, and get on board.