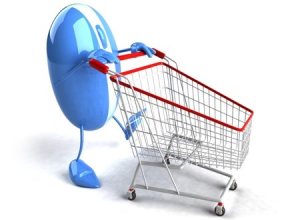 The mad dash to make money by helping customers save it continues this week with a Bloomberg report that Facebook will begin testing a “Groupon-inspired” daily deals service to users in select cities.

According to an official statement from Facebook, the online coupon offering will initially be available to Facebook users in San Francisco, San Diego, Dallas, Atlanta and Austin, Texas. The service will be an extension of Facebook’s Deals program, which allows businesses offer specials to their customers through the popular social network. Facebook staffers will help facilitate the service by highlighting deals for businesses to offer, and then promoting those deals on the site.

As far as the collaborative coupon craze is concerned, Facebook is already late to the party. In addition to Groupon, which sparked the daily deals fire, we have copy-cats LivingSocial, AOL-owed Wow.com and Yahoo!’s Local Offers. Rushing down the pipeline are Microsoft’s deal-aggregator Bing Deals, and the growing Leviathan of the bunch, Google’s Offers. Even The New York Times has joined the hysteria with the newly-launched TimesLimited, which focuses primarily on customers who are rich enough to make their joining a coupon service seem like some sort of cruel, upper-crust joke on the rest of us.

While it may be true that Facebook, with its instant access to more than 500 million users worldwide, is perfect positioned to enter the foray of daily deals, it seems to us that this market is quickly ballooning into a fragile bubble that’s all-too ready to burst.

That said, there still seems to be some elasticity to this sector, so it makes sense for companies (and investors) to join in while the getting’s good. Unfortunately, it only stops making sense when a whole lot of people start losing a whole lot of money. So enjoy your 30-percent-off  steak dinners while they last.