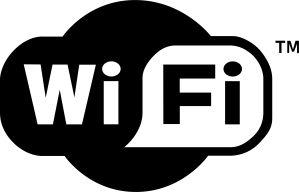 The Federal Communications Commission (FCC) last week unveiled a list of nine companies selected to manage databases that will contain information about the availability of white spaces, unused TV frequencies with wireless broadband potential. In September, the FCC approved a proposal for using white spaces to bring about the next generation of Wi-Fi, or “super Wi-Fi” as its frequently called.

Google, a longtime advocate of re-purposing white spaces for Wi-Fi, was among the companies selected by the FCC. “Just last fall the Commission adopted final technical rules on white spaces – the unused, public airwaves that we believe will lead to the next generation of wireless technologies,” Larry Alder, business operations principal at Google, wrote in a blog post. “Today we’re one step closer to a world with ‘super Wi-Fi’”

Before companies can begin to make use of white spaces, the airwaves need to be tested to ensure there’s no interference from other wireless signals — a common concern cited by groups opposed to using white spaces. If tests prove white spaces are viable, the airwaves could be used to broadcast a “super Wi-Fi” network with better bandwidth and an extended range — up to 50 miles per access point.

There are several potential uses of white space, including the not-so-modest proposal of using the airwaves to form a nationwide Wi-Fi network. Another possible application of “super Wi-Fi” is using the broadband spectrum to help wireless providers overburdened by smartphone data traffic — AT&T and its iPhone woes, for example.

“In the coming weeks, the FCC’s Office of Engineering and Technology will work with the designated database administrators, including real-world testing to ensure that databases provide accurate results,” Alder said in his blog post. “Last year, we submitted a proposal to build and operate a database, and we plan to be involved in the FCC’s process moving forward.”

Video-editing app LumaFusion to get a Galaxy Tab S8 launch
How to add external games to your Steam library
How to use clipboard history in Windows
This new Windows 11 feature will help you protect your passwords
How to use Google Spaces
Intel says Moore’s Law is alive and well. Nvidia says it’s dead. Which is right?
Best Microsoft Surface Pro deals for October 2022
Logitech’s new Mac accessories are customizable, functional, and undeniably pretty
Adobe adds AI magic to Photoshop and Premiere Elements
DLSS 3 could boost your gaming performance by up to 5x
Exciting Meta Quest 3 details leak in full CAD renders
Dell is having a surprise sale on its best business laptops
Best laptop deals: Get a portable workhorse from $119 today