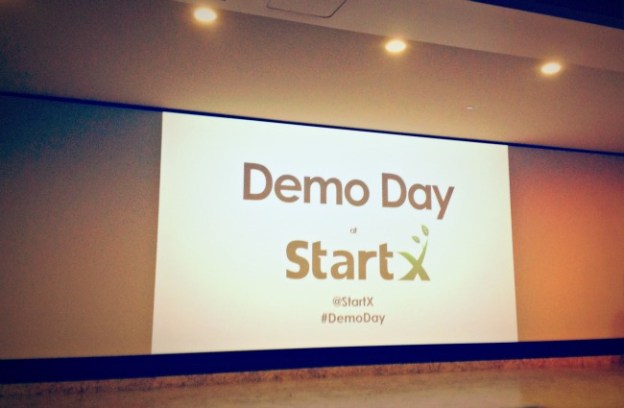 In addition to 500 Startups Demo Day, we were also front and center at Stanford’s StartX accelerator Demo Day. StartX is a non-profit accelerator focused on guiding entrepreneurs through the startup process. The organization has a rather impressive record: Since its launch, StartX has seen 85 percent of the companies that have gone through the program raise money, on average raising $1.51 million each. Not bad for a two year old accelerator.

In every demo day there are always stand outs, and yesterday was no exception. Here are the five startups that managed to steal some spotlight during the event.

Pixlee is a platform for giving brands a deeper understanding of user-generated photos involving their products while also giving them a way to leverage this content. The startup is already working with Yamaha, Standford, the Seattle Seahawks, and Shoedazzle – among an impressive list of many others.

The backend of Pixlee shows users’ interactions with brands – as the team puts it, this platform is “the unique intersection of user generated photos and big data.” Pixlee also creates a rank of how important a piece of content is. The idea is to allow brands to show off these images when customers visit a site instead of the boring stock art we’ve all seen a million times (as someone who used to work creating graphics for an online learning company, it will be too soon if I never see a picture of this woman ever again).

I asked Pixlee about how users’ sign off on the use of their Instagrams and TwitPics, and was told that the system works with a brand to create a specific hashtag that’s then announced to consumers in some way, and lets them know they’re entering their images into this pool. For instance, if you’re at a Seahawks game, the hashtag #GoSeahawks is incredibly common – but #ILoveMyHawks might be used when someone wants to provide an image to the team’s marketing department. It’s a tricky art given the uproar over marketers using Instagram and other shared photos, but there’s certainly a lot of value in this vertical and it deserves exploring.

The premise of Distinc.tt might make it sound a little unecessary: It’s a social network for gay men. Think there are enough of those? The Grindr app and its incredible success immediately come to mind? That’s fair, but turns out the apps out there – Grindr included – are primarily focused on hook ups over networking, socializing, and finding simple dates. Distinc.tt helps people find things to do in the gay community that don’t necessarily involve sex and dating, and measures locations and venues by their popularity with gay members who have checked in via Foursquare and fed their content into the app.

Yet another social network – regardless of its niche – isn’t an entirely convincing sell, however. But Distinc.tt’s numbers are: Over six weeks, the network has registered 40,000 users and people are logging in roughly 2.2 times a day. More convincing still, Peter Thiel is a principal investor, and the startup is in the process of closing its seed round.

SpotOn is focused on cornering time-based search to offer users better, tailored ways to spend their time. “We want to match the right activity to the right person at the right time,” the team says. We’ve all done the “things to do in ___” search, despite the fact that Google only returns static searches because data is indexed by keyword. Yelp works the same way and is location-based, not event-based (generally).

SpotOn uses a temporal database – events with start and end times – and then filters results for you by location, budget, and your personality factors. Other engines that do this include UrbanSitter, Opentable, and Fandango; but of course, those don’t return a wide variety of “to do” options.

The startup has been beta testing in the Bay Area and already 70 percent of its users attend one thing a week that SpotOn recommends to them. At the moment, SpotOn is targeting families, but will grow as it builds its team and raises its seed round.

Amid the handful of productivity and social apps, a startup like NuMedii stands out. Numedii takes big data and its pattern-matching algorithm to help identify new medicines. The pharmaceutical industry is one desperately in need of a shake up: It’s spending trillions of dollars to very slowly develop new drugs, most of which fail.

Numedii wants to cut down on the money and the time. The team explains that, thanks to the hundreds of millions of data points in molecular, clinical, and chemical data, they can pattern match disease profiles to drug profiles for more efficient drug discovery. And it’s working: Traditionally, creating a new drug takes 3-6 years and the success rate is 1 for 20; Numeddi’s approach takes 3-6 months and the team has a perfect 6 for 6 success rate.

The startup just signed a multimillion dollar deal with Aptalis Pharma and is in the process of raising its series A round, half of which is already committed.

Email is the great white whale of our generation: We constantly fight it, we cannot quite conquer it, and there’s no way we’re giving up on it. The concept behind MeetMikey is rather simple; it’s a Chrome extension that piggybacks off of Gmail and adds a handful of functions that attempt to organize and streamline your email experience.

The plugin adds easy viewing options to let you see emails that contain files and links, surfacing this content and making it readily available. You can also see who has opened your emails and whether they clicked on including links.

“Email is the solution,” the team says. It’s just time to fix it. Gmail is essentially the OS MeetMikey is building off of; and the company doesn’t plan to build out products for other email services. And fair enough: Gmail is starting to replace corporate email right before our eyes.