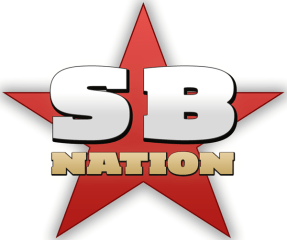 A team of eight former Engadget top editors, including once-managing editor Nilay Patel and ex-editor-in-chief Joshua Topolsky, have moved to sports blog network SB Nation to launch a new technology site. The move, first reported by The New York Times this weekend, has been confirmed by Topolsky on his blog.

The editorial team’s decision to leave Engadget stems from frustrations with the popular tech site’s parent company AOL, which recently purchased the Huffington Post for $315 million and just today fired at least a large chunck of the freelance writers working for the company.

Their decision to join SB Nation — whose 304 current blogs primarily specialize in sports coverage — seemed to some an odd fit. According to Topolsky, however, it’s a “match made in publishing heaven.”

In short, “the people at SB Nation share my vision of what publishing looks like in the year 2011,” writes Topolsky on his blog. “They think that the technology used to create and distribute news on the web (and mobile) is as important as the people who are responsible for the content itself… SB Nation is actively evolving its tools and processes to meet the growing and changing needs of its vast editorial teams and their audience communities. They’re building for the web as it is now. From the perspective of a journalist who also happens to be a huge nerd, that’s a match made in heaven.”

Another large piece to the puzzle comes in the form of SB Nation CEO Jim Bankoff. As an AOL executive, Bankoff helped the company launch AOL.com, AOL Instant Messenger, and oversaw the purchases of sites like TMZ.com and, you guessed it, Engadget. It is Bankoff’s publishing business philosophy that is the driving force behind the SB Nation vision Topolsky so admires.

“I saw firsthand how talent can be squandered and enthusiasm deflated when people aren’t given the tools, trust or time to do their jobs,” Bankoff told the Times.

“We have proprietary software that empowers talented editors and writers,” he added. “I have a history with these folks that leads to a conversation. They saw our process and technology and decided it was an environment that they would be able to succeed in.”

According the Topolsky, the new site is set for a tentative fall launch.

“I couldn’t be more excited and enthusiastic about what we can build right now, and I can’t wait to share what we’re going to make with the rest of the world,” he writes. “The months ahead are going to be filled with lots of early mornings and sleepless nights, intense debates, triumphs, and trials — and I can’t wait.”

MacBook butterfly keyboard lawsuit: are you eligible for a payout?
Walmart has an incredible QLED TV deal going on right now
Hackers’ Cyber Monday deals will be unbelievably good
Major tax services are sending your data to Meta and Google
The best stick PCs for 2023
MSI’s last RTX 3090 Ti now looks better than ever, and you can get it for free
The best Lenovo laptops for 2023
Here’s why people are saying to avoid the entry-level M2 Pro MacBook Pro
The best Chromebook for students for 2023
The best VR headset might be one you’ve never heard of
Why you need to order LG’s 240Hz OLED gaming monitor
2 ways the new MacBook Pro may be worse than the 2021 model
Hackers dug deep in the massive LastPass security breach