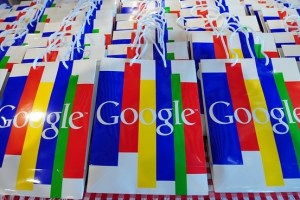 Google ‘s e-book store will open before the end of 2010 in the U.S., reports the WSJ. Called Google Editions, the store was supposed to open last summer, but has seen delays as the search giant tried to improve the buying experience or the product and finish book deals with a number of publishers.

“Because of the complexity of this project, we didn’t want to come out with something that wasn’t thorough,” said Scott Dougall, a Google product management director.

With Editions, Google hopes to shake up the current e-book market by offering an open e-book store. Users will have the option of buying books from Google or other online retailers and independent book stores. Once purchased, the books will be accessible from any computer or device with Editions software. Like Amazon has done with the Kindle, Google hopes to put its software on a myriad of devices. Unlike Amazon, the current market leader, the product will incorporate books from local book stores who have signed on. Google plans to launch affiliate programs that will allow retailers, independent booksellers, and online businesses to offer Google Editions for sale via their own sites, keeping the majority of revenue from the sale.

However, we do not know what percentage of revenue Google will take from each book sale or how many independent book stores or retailers have actually signed on. “Google is going to turn every Internet space that talks about a book into a place where you can buy that book,” Dominique Raccah, publisher and owner of Sourcebooks Inc., an independent publisher based in Naperville, Ill, told WSJ. “The Google model is going to drive a lot of sales. We think they could get 20 percent of the e-book market very fast.”

Editions is the newest part of Google’s plan to scan all of the world’s 150+ million books and make them available online. Some estimate that the Google Books project could be as much as 10 percent complete. Many larger publishers have fought back against the project, claiming that Google is breaking copyright by digitizing books without permission.

Do you think Google has a shot at the growing e-book market? Would you buy books from a local retailer, if given the option?

Here’s how Google Search plans to tackle clickbait
Google Sheets vs. Excel: Which is better?
Google’s latest anti-spam change helps clean up your calendar
Searching for emails in Gmail is about to get much faster
Best Apple deals and sales for October 2022
Lenovo leaks the world’s first gaming Chromebook — but there’s a catch
Best Prime Day Gaming Laptop Deals: What to expect in October
Want a 72% GPU boost for free? AMD just delivered one — here’s how to get it
Apple mixed-reality headset: Everything we know about Apple’s VR headset
North Korean hackers create fake job offers to steal important data
This powerful student laptop is on sale at Dell this weekend
Hurry! The Lenovo ThinkPad X13 laptop is insanely cheap right now
Image-generating AI Dall-E is now free for anyone to play with