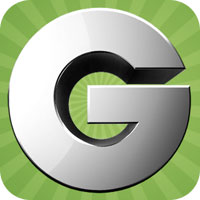 Those too-good-to-be-true deals Groupon offers expire all too quickly, according to new lawsuit filed in Chicago. Eli R. Johnson filed a complaint against the Chicago-based company after purchasing a gift certificate for the Whirlyball games center, according to the Chicago Sun Times. The $55 gift certificate was good for 30 minutes of game time for up to 10 people. It allegedly expired a few months after the purchase date — not good enough for Mr. Johnson.

Under a provision in the Credit Card Accountability Responsibility and Disclosure Act of 2009, gift cards have to be valid for at least five years — not a matter of months. The suit, which has potential to balloon into a class action lawsuit, alleges that the gift card expired on February 16, but did not give a purchase date. It’s too early to tell if the allegations will materialize into a major headache for the deal-of-the-day provider, but it seems like a bit of legal semantics will follow as the plaintiffs attempt to establish Groupon’s deals as legally “gift cards.”

Groupon has been facing its fair share of controversy as of late. First, there was the backlash over its downright offensive Super Bowl commercials. Then, the company got caught apparently manipulating prices to make a deal for FTD flowers appear more enticing than it actually was. And as the company struggles to prove the long-term sustainability of its business model, a class action lawsuit is the last thing it needs.