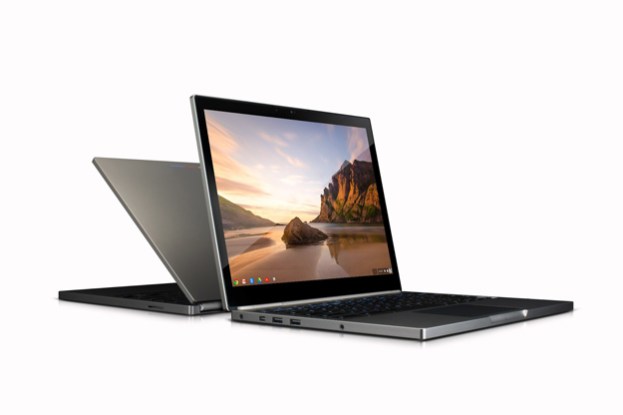 Here comes your Chromebook Pixel LTE. If you pre-ordered one of Google’s flagship Chromebook with 4G/LTE cellular connection through Google Play, you should be getting yours as early as today. Hope you didn’t have any weekend plans!

Google took to Google+ yesterday to update customers that the Pixel LTE will start arriving in mailboxes on April 12, rather than April 8 as promised back in March.

Not to be confused for its slightly more affordable brother, the Wi-Fi-only Pixel, this $1,450 LTE model comes with two years of free 100 MB per month of Verizon mobile broadband Internet. However, it cannot hop onto Verizon’s 3G network even when it is in range as we reported last month.

On the hardware side, this premium Pixel LTE has the highest pixel density display of any laptop on the market right now – besting even the MacBook Pros’ Retina displays. Its 12.85-inch, 2560 x 1700 pixel resolution screen is also a touchscreen. Under the hood, this Chromebook is powered by an 1.8GHz dual-core Intel Core i5 processor, 4GB RAM, 64GB of internal storage via a solid-state drive, and comes with 1TB of free Google Drive cloud storage for three years.

Want to bring a Pixel LTE home even though you didn’t pre-order one back when it was announced back in February? Google Play now lists this model as “in stock” on its website, so you could be receiving your very own unit within three to five business days. The slightly more modestly priced Wi-Fi-only Pixel is also available through Google Play for $1,300 and will also be shipped within the same timeframe as the Pixel LTE.