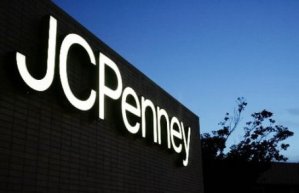 We’ve all been had by JC Penney. That ubiquitous retailer has, The New York Times says, successfully gamed Google to deliver its website as the No. 1 search result for everything from “bedding” to “grommet top curtains.” The finding is part of an extensive Times Magazine piece about the “dirty little secrets of search,” as they so salaciously call it.

Does the collective wisdom of the Web really say that Penney has the most essential site when it comes to dresses? And bedding? And area rugs? And dozens of other words and phrases?

The New York Times asked an expert in online search, Doug Pierce of Blue Fountain Media in New York, to study this question, as well as Penney’s astoundingly strong search-term performance in recent months. What he found suggests that the digital age’s most mundane act, the Google search, often represents layer upon layer of intrigue. And the intrigue starts in the sprawling, subterranean world of “black hat” optimization, the dark art of raising the profile of a Web site with methods that Google considers tantamount to cheating.

As writer David Segal explains, JC Penney used a massive link-back scheme to bolster their search results artificially. This involved leaving links on exactly 2,015 websites, many of which had nothing to do with JC Penney or its products. Often, the sites were abandoned, save the Penney’s links, of course.

JC Penney has denied any knowledge of the paid link ploy. But Google’s gatekeeper, Matt Cutts, head of Google’s Webspam team, says this is the third infraction they have cited against JC Penney. Needless to say, he was not particularly please when the Times contacted him about their findings.

“Am I happy this happened?” he later asked. “Absolutely not. Is Google going to take strong corrective action? We absolutely will.”

And “take strong corrective action” they did. Segal notes that JC Penney dropped from No. 1 to No. 71 for “Samsonite carry on luggage.” As our own quick test found, even a search for “bedding” — another former Penney’s No. 1 term — JC Penney didn’t show up until page seven. The drop immediately caused the retailer to fire their search engine consulting firm, SearchDex, who is presumably behind the link-spam campaign.

A more “conspiracy-minded” person, says Segal, might believe that Google was intentionally ignoring Penney’s search abuses because the company was one of Google’s top advertisers — JC Penney has paid Google more than $2.46 million per month on “paid” results (i.e. ads). Google is, after all, being investigated by the European Union because of the same alleged infractions.

Cutts vehemently denies that Google gave JC Penney any favor. But either way, the lesson here is simple: Google has the power. Abide.

Edit 2/12/2011 – We originally wrote that JC Penny paid Google monthly  for organic results. This has been corrected and changed to “paid” results. Thank you to Jesse Wilson for pointing out the error.

How to fix the Google Drive refused to connect message
How to convert Excel files to Google Sheets
How to Convert Google Slides to PDF
Here’s how Google Search plans to tackle clickbait
Norton Antivirus Free Trial: Get a week of protection
Best Microsoft Surface Pro deals for September 2022
The RTX 4090 is begging for a game that can take advantage of it
Nvidia says falling GPU prices are ‘a story of the past’
TikTok is banning campaign fundraising on its app
Best desktop computer deals for September 2022
Best Apple iMac Deals: Get an Apple desktop for $539
Best Dell XPS Deals: Up to $600 off top-rated laptops
IPVanish Free Trial: Try it for a month, no strings attached